The Atlantic: My Urge to Fail and Fail Again

This is why I must write—to make these searching guesses and to justify all the time my parents put into seeding my brain with the ideas that were meaningful to them. 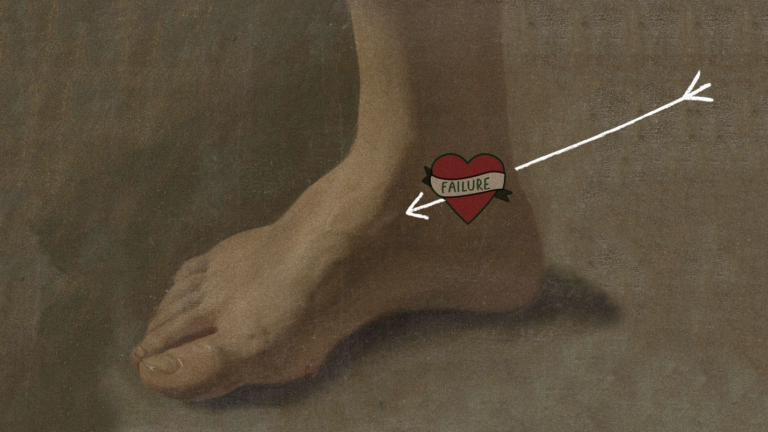 My daughter, West, just texted me and asked what I thought about her getting a tattoo—tasteful and small, monochrome, she doesn’t know where yet (uh-oh)—of a Samuel Beckett epigram from Worstward Ho: “Fail again. Fail better.” This brings me to tears. That she would ask—she’s 21; she can do as she pleases, but she also knows that I know she knows the quote through me. It’s between us. She knows I wrote my senior thesis at Princeton 1,000 years ago on Beckett’s novels. Why his novels, you might ask? An excellent question. Well, when I was 20, I saw that so much had been written on Beckett’s plays and that critics had kind of avoided the novels. So that left the field clear for me of brilliant, inhibiting elders while also cutting down on my research, a win-win. I don’t think I ever told her (no reason to scare the child) that the hardbound paper, well over 100 pages, was titled “The Schizophrenic Critique of Pure Reason in Beckett’s Novels.” What does that even mean? I’m not sure I remember, but it’s something along the lines of neurotics are boring, and psychotics are exciting.

My kid does know that I’m half in love with failure, a kind of connoisseur of failure, and that even at a young age that must have drawn me to Beckett, as it later drew me to acting, and writing, and music—endeavors in which perfection is an impossible target. I’ve always loved the mistakes. The energy created by hamartia, the near miss. The crackling freedom and electricity when you forget your lines. To create is to fail. And to fail is to fall. And to fall is to be human. When we fall, we reach out our hands to all of humanity going back even to that first wacky keystone couple who slipped on an apple peel and fell flat on their faces, Adam and Eve. I tell my kids that no one ever learned anything from success except how to imprison yourself trying to repeat it. I also tell them to try hard and work their asses off, that work is its own reward. Talk about mixed messages. It must be confusing. This makes me sound like kind of a bummer dad, but I assure you that this is all funny stuff. And that Beckett is as funny as the finest stand-up.