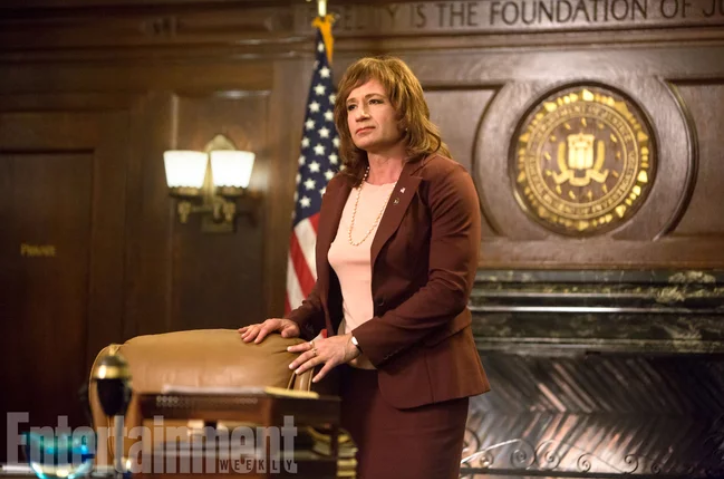 Before David Duchovny became a TV legend by playing FBI agent Fox Mulder on The X-Files, he made his name as a young actor with a breakout guest stint on Twin Peaks playing a different kind of law enforcement officer. For three episodes in the kooky second season of David Lynch’s very strange soap opera, Duchovny portrayed DEA agent Denise Bryson. And for an unspecified number of installments in Showtime’s forthcoming revival of the cult classic, Duchovny will be playing Denise again. Maybe. It would seem this way, judging from this exclusive first photo of the 18-part production, courtesy of the production’s set photographer. But with this show… well, we’ll explain why we’re hedging in just a second.

First, let’s geek out on Denise. Agent Bryson was skilled and inspired, no-nonsense yet playful, and presented as a skirt-suited lady with long brown hair and long legs, glossy lips and orange-red fingernails, a kind of business suit Julia Roberts; Duchovny makes for a rather pretty woman. She came to Twin Peaks to investigate a bit of nefarious business that had ensnared Agent Cooper (Kyle MacLachlan) — the Dudley Doright detective had been framed for cocaine possession.