Rolling Stone reports on David Duchovny’s simultaneous releases of his first album ‘Hell or Highwater’ and the new show ‘Aquarius.’ 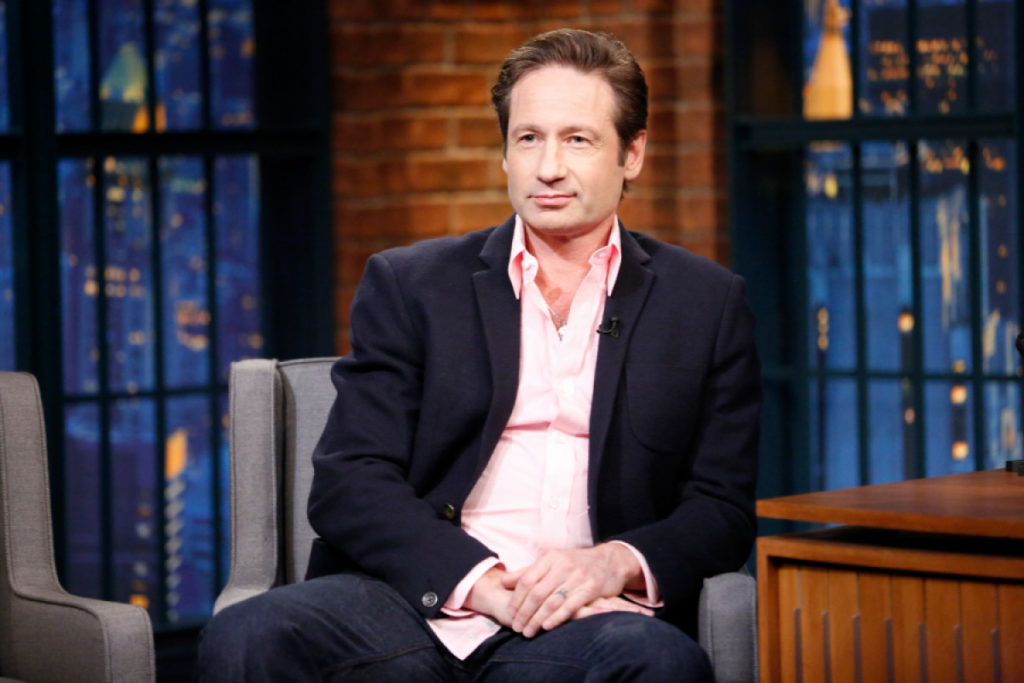 David Duchovny will release his first album of music, Hell or Highwater, this spring. The record contains 12 songs that the X-Files and Californication actor composed himself.

Preview a Cure-like instrumental section of “Hell or Highwater” and the record’s upbeat, indie-folk-leaning “Another Year” below. The title track is out now; the full LP is due out May 12th.

“Making this record is a dream come true, but I never had this dream – it’s still a shock when I think about how all this music happened,” Duchovny said in a statement. “What I do know is that I feel these songs represent the truest expression that I’ve ever been able to achieve and I look forward to sharing it with everyone.”

The actor discussed his foray into music with Rolling Stone last year, comparing its sound to Wilco and R.E.M. but qualifying those references by saying he wished it sounded like that “in [his] wildest dreams.” Duchovny first picked up a guitar a few years ago, learning Flaming Lips’ “Yoshimi Battles the Pink Robots” as his first song on the instrument. Ultimately, his interest in playing guitar dovetailed into his interest in writing poetry.

“Once I started playing music, I started thinking, ‘Gee, I should be able to write lyrics,’” Duchovny said. “And I just fell backwards into the whole thing. It’s just been a real pleasure in my life, regardless of who buys it and what people think of it when it comes out. It’s been a lifesaver just to be able to play music, write songs and think about singing songs to friends.”

With the album on its way, right now is a very busy time for Duchovny. He’s written an “allegorical story” in the form of a novel, Holy Cow, which came out earlier this year. And he also has signed on to do a limited run of new X-Files episodes, also with Gillian Anderson and series creator Chris Carter back on board.

But first, he will star in NBC’s Aquarius, a period drama set in the Sixties in which Duchovny plays a cop who’s on the hunt for a killer that turns out to be the Manson Family. “It’s [set in] a very interesting time period for the country,” he told Rolling Stone. “Still, to this day, there’s a lot of mystique about the promise of the Sixties and what went wrong there and what’s gone wrong since. You had Manson on one hand, and the dark side of the Sixties, and you’ve got peace, love and Flower Power on the light side. There’s a lot to work with.”