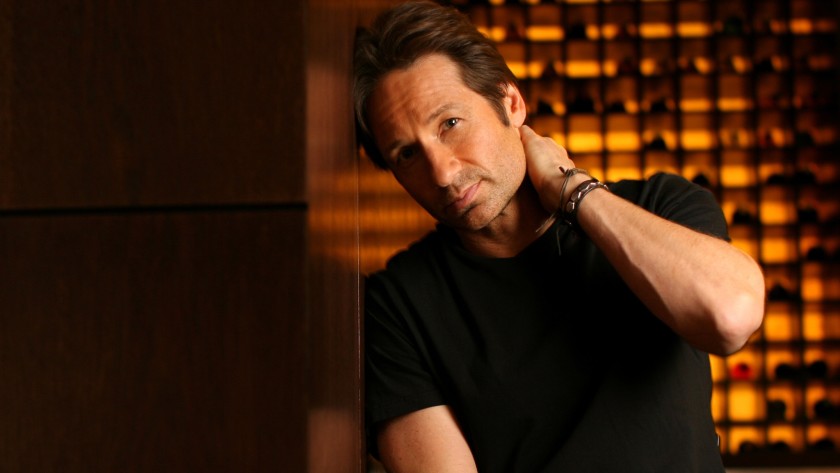 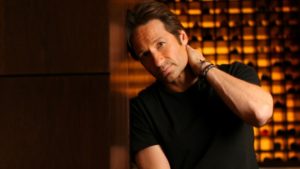 For his first book, David Duchovny is not telling behind-the-scenes stories of “The X-Files” or opening up about the sex scenes in “Californication”: He’s written a caper about a cow that goes on the lam.

“Holy Cow” (Farrar, Straus and Giroux: 224 pp., $24) is a fable for adults, full of puns and silly jokes. A turkey is jive. A pig peppers his speech with Yiddish like a grandpa in the Catskills. In fact, the story is set in upstate New York, where the three animal heroes, led by Elsie Bovary, decide to escape their farm to fly to countries where they’ll be safe from being eaten.

Duchovny, who reads and signs “Holy Cow” at Barnes & Noble at the Grove on Feb. 18, spoke to us by phone from New York.

You interviewed Craig Ferguson onstage about his novel in 2006. Was writing a novel yourself on your mind back then?

It’s been on my mind forever. If you’d asked me when I was 20, “What are you?” I would say, “I’m a writer,” even though I had nothing to show for it. It’s always been my self-identification. My father was a writer; he published his first novel when he was 73, so I guess I’ve beaten him by a little bit.

You’ve written a loopy fairy tale. I wonder what inspired you to make that choice.

I wish I could tell you that I make choices in life, but I kind of fly by the seat of my pants. I had this idea a long time ago as an animated feature. That’s the business I find myself in, Hollywood, and I pitched it to a couple of places — they didn’t bite. And I didn’t think they would, because there’s some religion in it, some politics, there’s some discussion about whether or not keeping animals to eat them is a good thing or bad thing.

I wasn’t surprised when they didn’t want to make it, but I always had this idea — I thought, “If I was a cow, I’d try to get to India.” Last year, I woke up and I thought… “You’ve been saying you’re a writer your whole life, why don’t you … write something?” That’s how that all started.

In the book, Elsie engages with her editor, who’s giving her a hard time for being too political. Did you get that kind of feedback about the book?

Not at all. My editor was Jonathan Galassi at FSG, and he was nothing like that. The editor, in my mind, was the person I would have pitched the movie to, the powers that be that would tell me: “You can’t make an animated film about Muslims and Jews and not eating meat.”