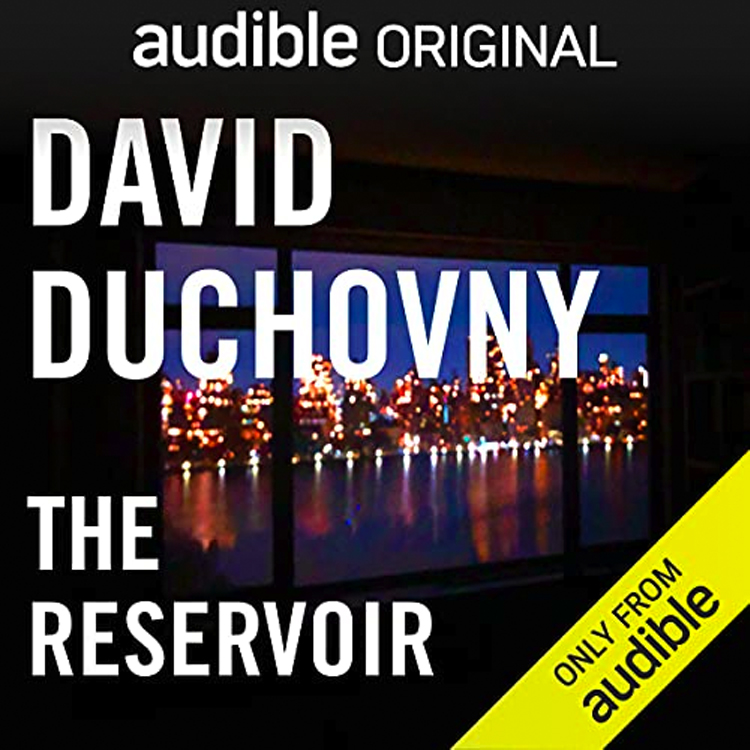 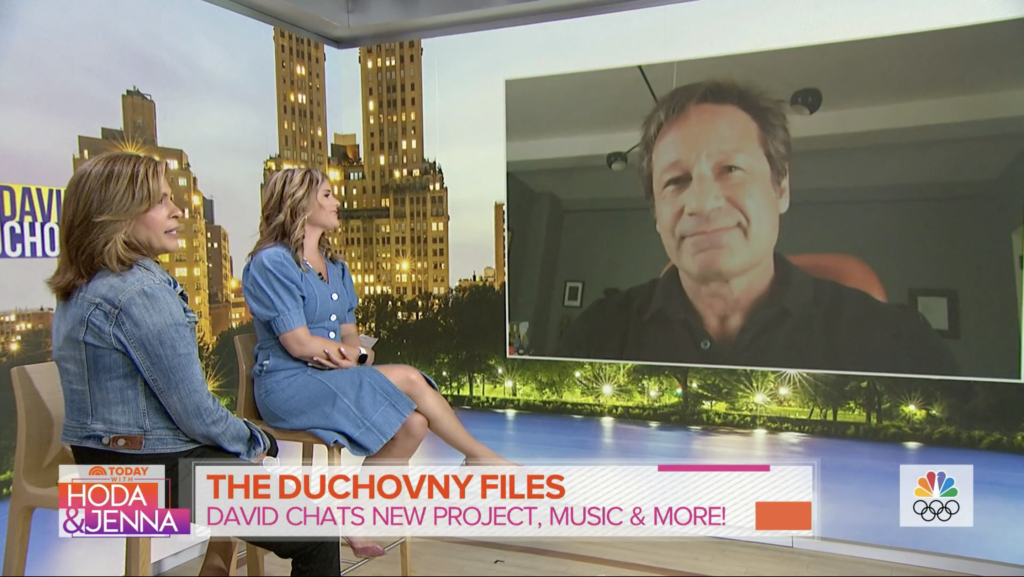 Actor, writer and singer-songwriter David Duchovny joins Hoda and Jenna to talk about the many different turns he has taken throughout his career and his latest project, “The Reservoir,” on Audible Originals. 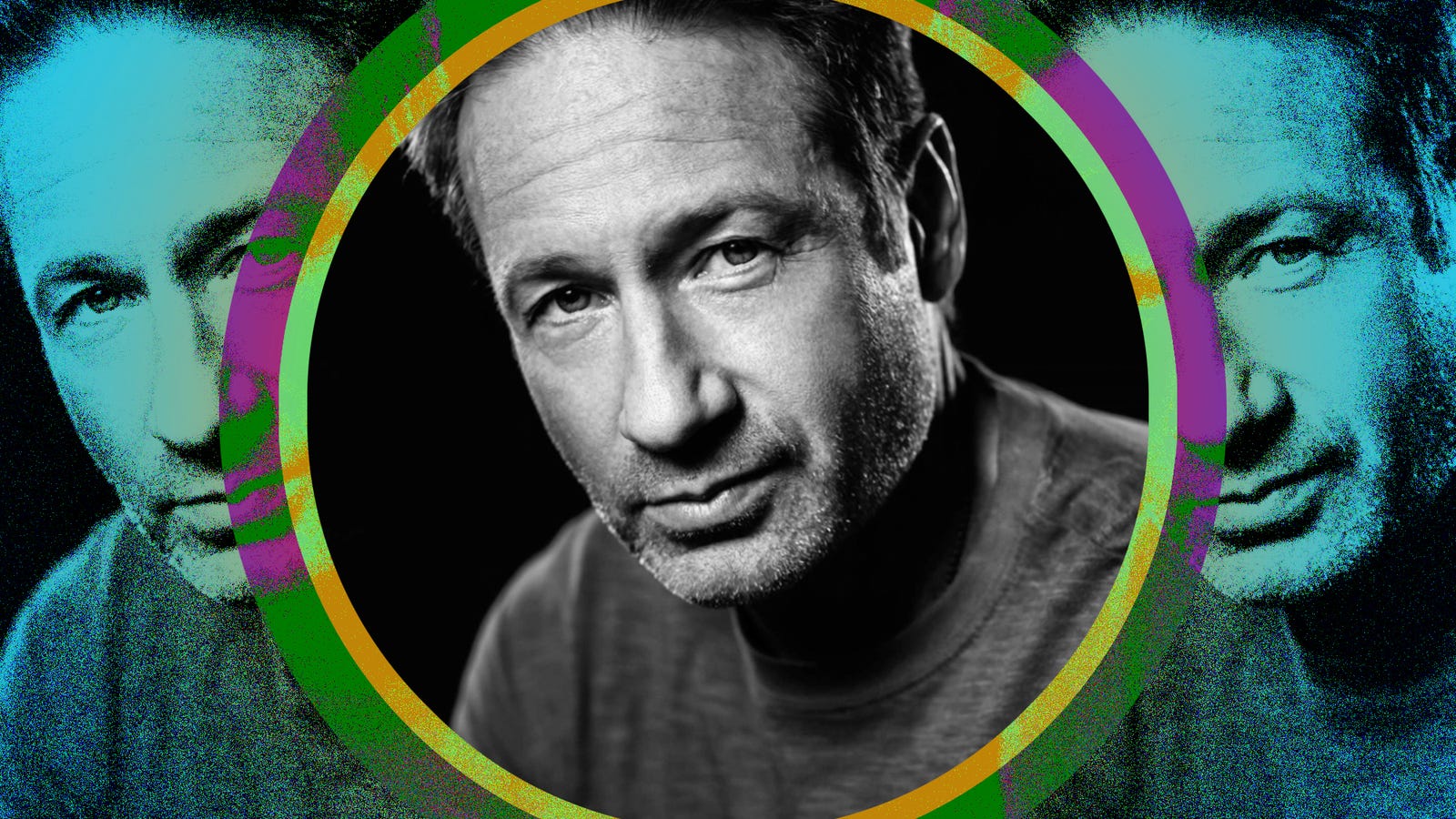 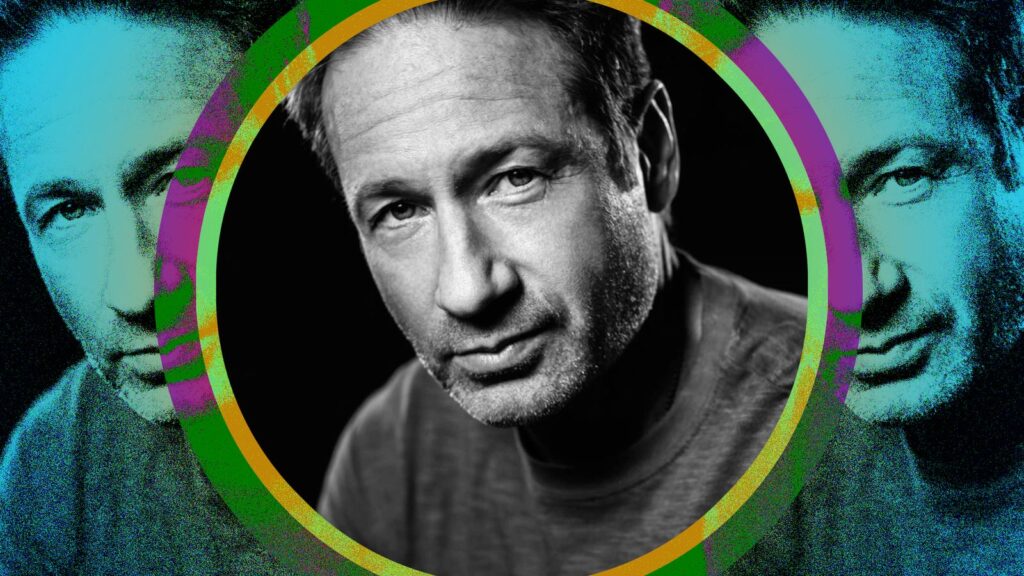 Most people identify David Duchovny as an actor, having appeared in landmark TV series like The X-Files and Twin Peaks. But Duchovny’s creative pursuits stretch far beyond the small screen. He’s released two albums, for example (with a third slated for this year); and he’s written four novels, including 2021’s Truly Like Lightning, about a former Hollywood stuntman whose polygamous Joshua Tree retreat is threatened by an interloping developer. His latest literary effort is an Audible production called The Reservoir, which was released this week, in which Duchovny reads—performs, really—a short story he wrote about a man trapped inside during the pandemic who becomes obsessed with his view from his New York City apartment. Duchovny is currently adapting Truly Like Lightning into a possible TV series for Showtime. He also just wrapped The Bubble, an action movie/comedy from Judd Apatow about eight actors trapped together in a pandemic bubble on a franchise movie set. He talked to The A.V. Club about his writing process, the pandemic as a creative inspiration, and what he really thinks about all those X-Files fans (he totally gets it).

David Duchovny: I wrote the story, and it was an in-between-form kind of a thing. It was probably too long to be a short story to get published, and I don’t have a bunch of other short stories to put into a collection. This was the first one that I’ve written. And it was too short to be a novella, so I didn’t really know what to do. And I was talking to my friend Jess Walter, who’s a terrific writer, and he mentioned Amazon Audibles. And I’d not heard of them. I knew that novels existed this way, but I didn’t know there was a form that was solely audio like that, and they were interested in that kind of length exactly. So I just learned about it and thought, “Well, I’d love to get the story out there and this is a this is a new way to do it.” And, you know, why not? It’s like telling stories around the campfire. It’s like the oldest way to hear a story, theater of the mind, whatever you want to call it. 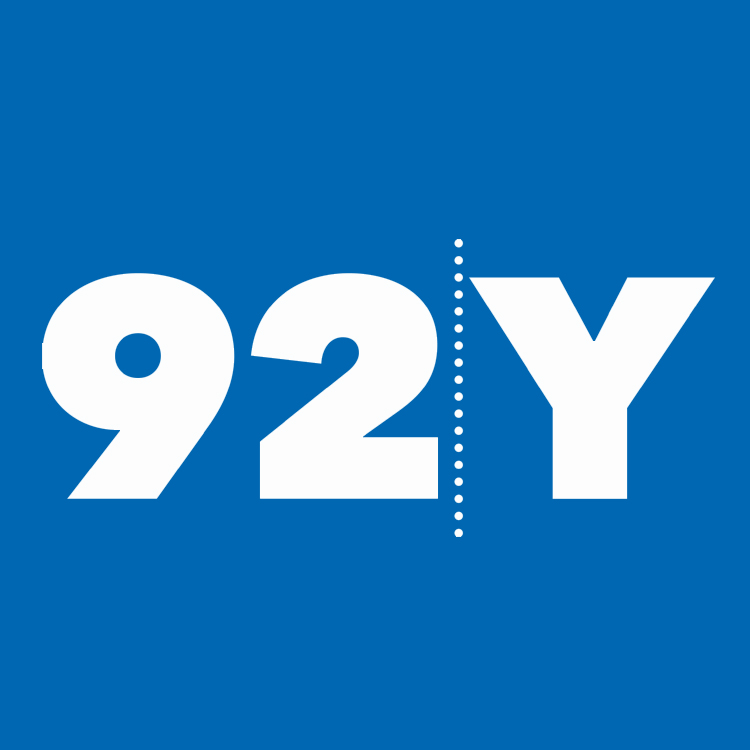 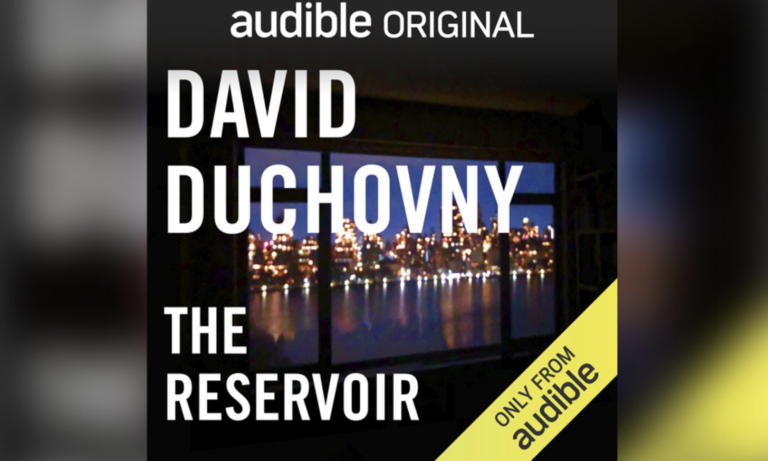 Set in Manhattan in the early days of the pandemic, The Reservoir is a brilliantly conceived, darkly funny caper of conspiracy and madness that probes the nature of “virality” in our age. Watch Duchovny and Pascal discuss its conception, the nature of audio storytelling for screen actors, stories from the recording of The Reservoir, and chat about his fourth novel, Truly Like Lightning, plus much more.

Patrons who purchase the 30-Day Premium Audible bundle opt-in will receive an email from Audible.com.

92Y needs your help. We are facing tremendous financial losses due to COVID-19. Your ticket purchase helps sustain our beloved institution and supports the creation of new, online programming that will bring comfort and inspiration to our community. Please consider donating today at 92Y.org/HelpNow. Thank you. 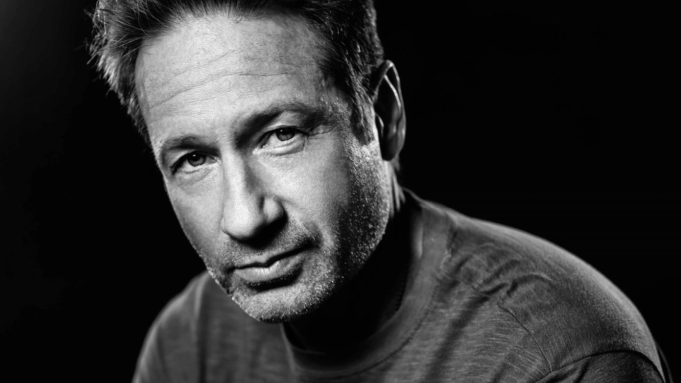 UPROXX: David Duchovny On Writing ‘The Reservoir,’ Conspiracies, The Knicks, And Still Being Mad At Michael Jordan’s ‘Bullshit Move’

The press release for The Reservoir, David Duchovny’s new Audible Original (which you can download now) namechecks the Alfred Hitchcock classic 1954 film Rear Window when teasing the actor turned author’s new work (with this plus his four previous books, he’s hardly a tourist in the literary world). It’s about “a middle-aged man living alone who grows increasingly obsessed with a woman whose apartment window he faces.” Duchovny, himself, mentions Thomas Mann’s 1912 novella Death In Venice as another inspiration for this story when we spoke via Zoom recently. But this short form fiction audio project is also heavily rooted in the now, or rather, the heart of a pandemic where a dying man slips into a world of conspiracy while, quite possibly, losing his mind.

As Duchovny explains it, the only possible setting for all of this was New York, where he himself spent much of this lost year of quarantine staring out the window of his apartment, a view that is woven into The Reservoir (and which is breathtaking… Zoom interviews are rad). But while COVID and conspiracy loom large in this fictional world, the latter wasn’t always a part of the plan. And then the world turned how it did over these last few months and, voila, inspiration. 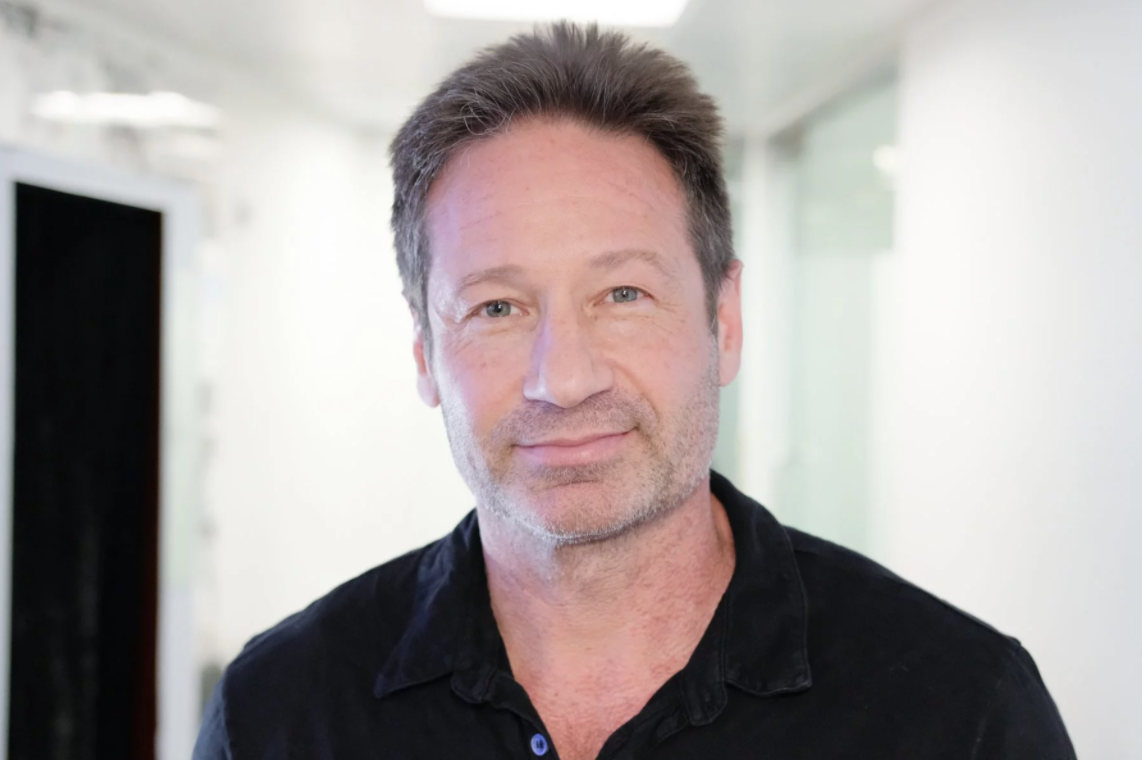 The actor and author recently reunited with his former X-Files costar Gillian Anderson, and fans loved it
By Aili Nahas on May 26, 2021 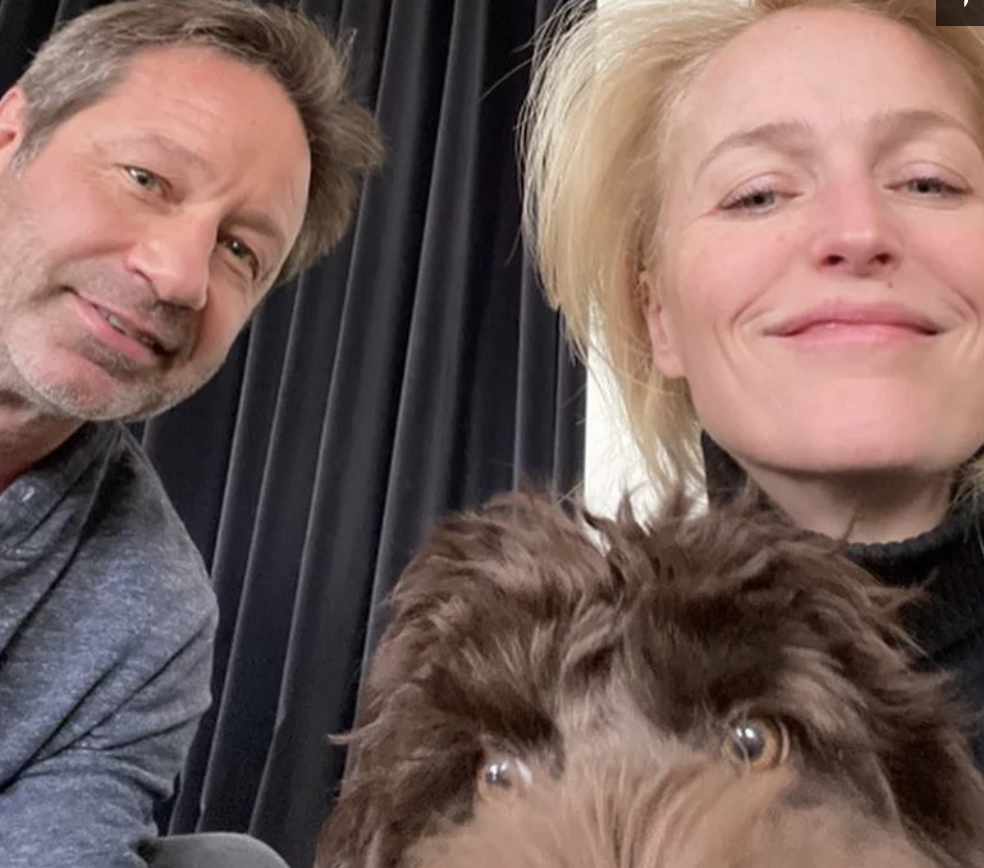 When David Duchovny caught up with an old friend, he didn’t imagine their visit would go viral.

“I was having lunch with [former X-Files costar Gillian Anderson], and as I was leaving she was like, ‘Let’s take a photo,'” he recalls in this week’s issue of PEOPLE. “I was told there was a big reaction to it! I never get that stuff, but it’s really cool that people are interested after all these years.”

Of course, in the decades since his hit show first premiered, the multi-talented Duchovny, 60, has been plenty busy in the acting, writing and music worlds.

“There is still a lot of stuff I want to do,” says the author, whose fifth literary venture, an Audible Original audio story, The Reservoir, premieres Thursday. (A singer-songwriter, he will also release his third album this year, Gestureland, and is working on a pilot for his novel, Truly Like Lightning.)

Deadline: David Duchovny To Star In Series Adaptation Of His ‘Truly Like Lightning’ Book In Works At Showtime With ‘The Peanut Butter Falcon’ Filmmakers

EXCLUSIVE: Californication star/executive producer David Duchovny is returning to Showtime for a potential new series based on his recently published novel Truly Like Lightning. Duchovny is attached to star in the project, which is in development at the premium cable network with a script order.

Duchovny will write the adaptation with Tyler Nilson and Michael Schwartz, the writers-directors of The Peanut Butter Falcon, who are also set to direct should Truly Like Lightning be picked up to pilot. The three are executive producing the project, which is produced by Showtime.

In Truly Like Lightning, the unplugged, off-the-grid, almost biblical desert lives of former Hollywood stuntman, Bronson Powers (Duchovny) and his 3 wives and 10 children is upended when a ruthless real estate developer stumbles upon his thousands of acres in Joshua Tree and tries to force him off his land and return his family to the temptations and modernity of 21st century America. The book is described as a heartbreaking meditation on family, religion, sex, greed, human nature, and the vanishing environment of an ancient desert. 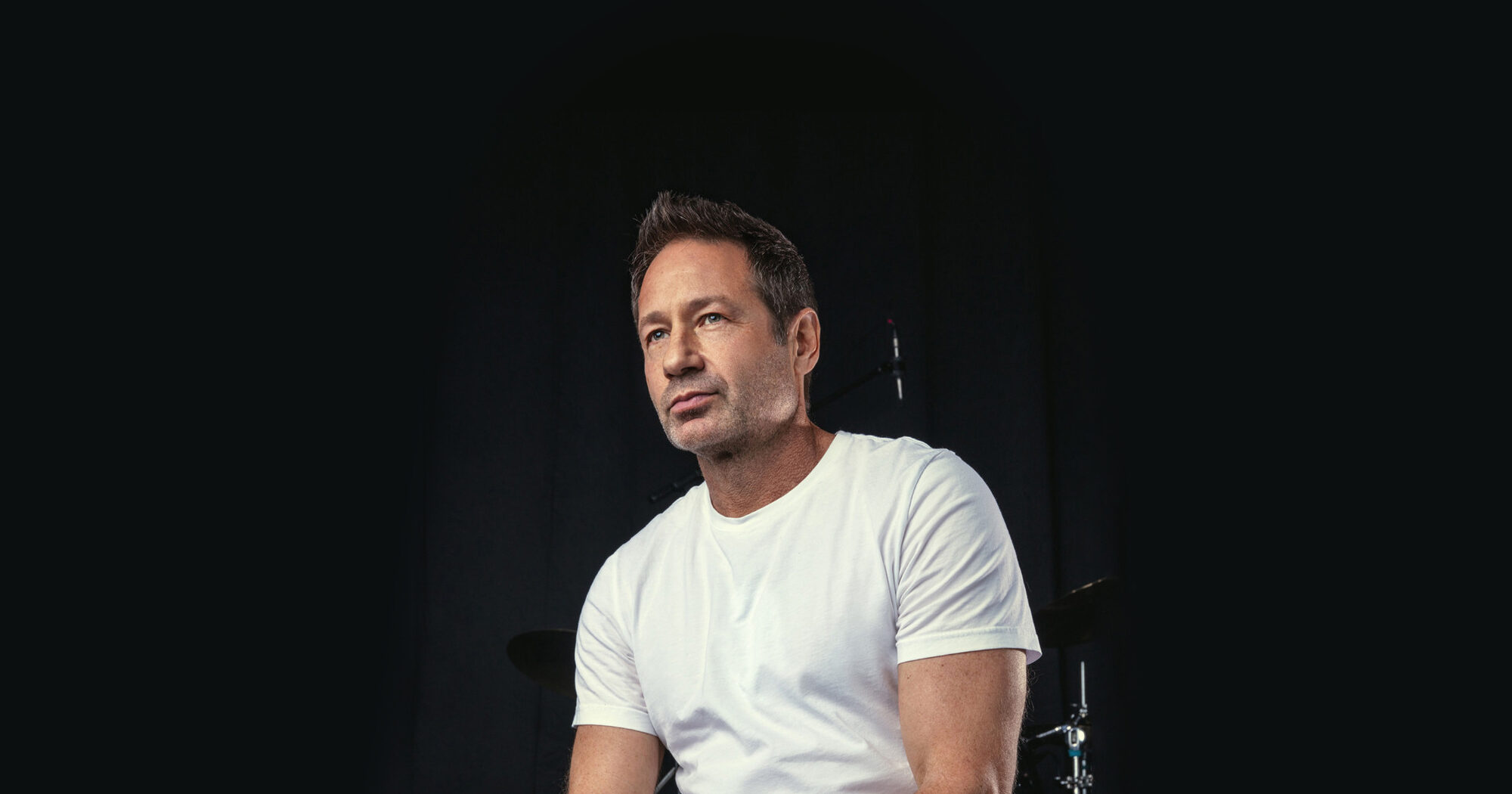 Now What? with Caroline Zimmer: A Conversation with David Duchovny

David Duchovny spent 9 years investigating paranormal phenomenon on The X-Files the TV series that turned him into a star. The actor also has other passions. He’s written 4 novels. His latest is called Truly Like Lightning. It’s about a former stuntman who becomes a Morman and lives in the desert with his 3 wives and 10 children.  Plus, Duchovny sings. “Now What?” is produced with the help of Steve Zimmer, Tay Glass and Alex Wolfe. Audio production is by Nick Ciavatta. 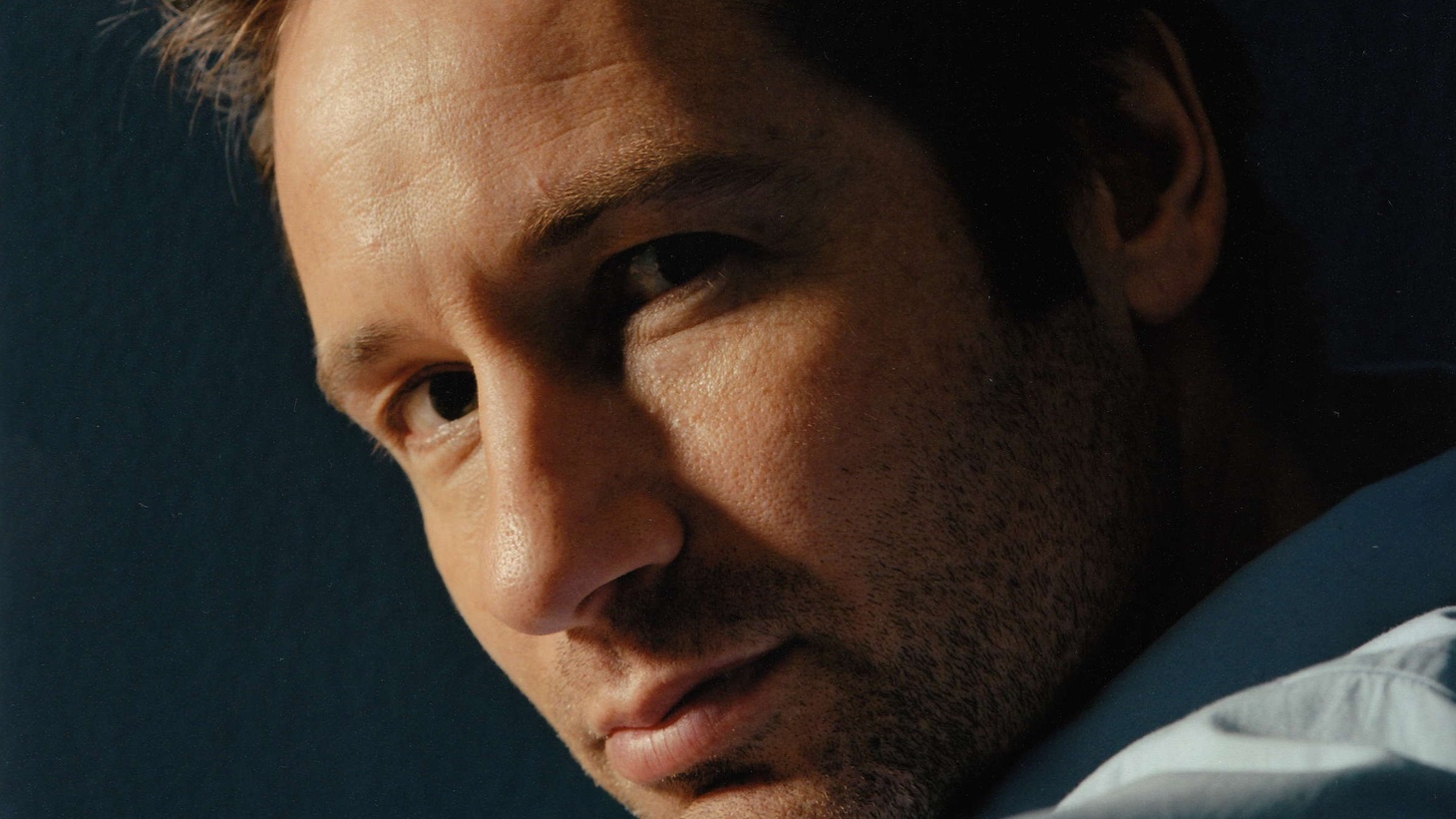 Hosted by Michael Silverblatt on February 18, 2021 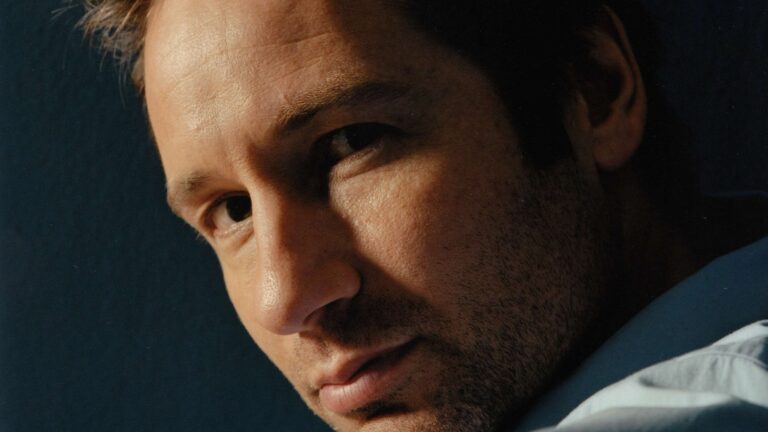 David Duchovny speaks about his new novel, “Truly Like Lightning,” and its plot that matters. In this episodic novel you can’t predict what will happen next to Bronson Powers, who inherits Joshua Tree property by converting to Mormonism. Readers will explore the depths of the original beliefs of Joseph Smith and the Latter-day Saints, and desert life with three wives and ten children. Duchovny says he wrote about the deepest questions he could ask himself. Emerson, Whitman, and Hawthorne were his writerly guides, and his biggest influence was his teacher Harold Bloom, and Bloom’s book “The American Religion.” 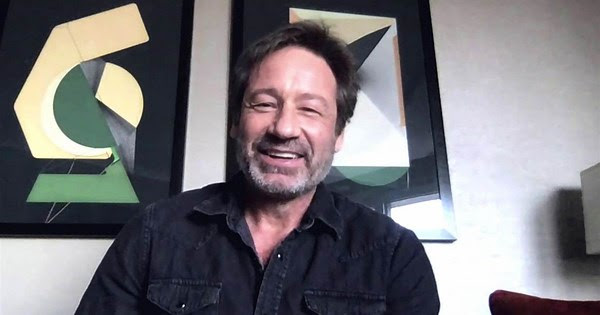 Actor David Duchovny talks about his new book, “Truly Like Lightning.” He also shares that he is in London about to begin working on Judd Apatow’s new film, “The Bubble.” 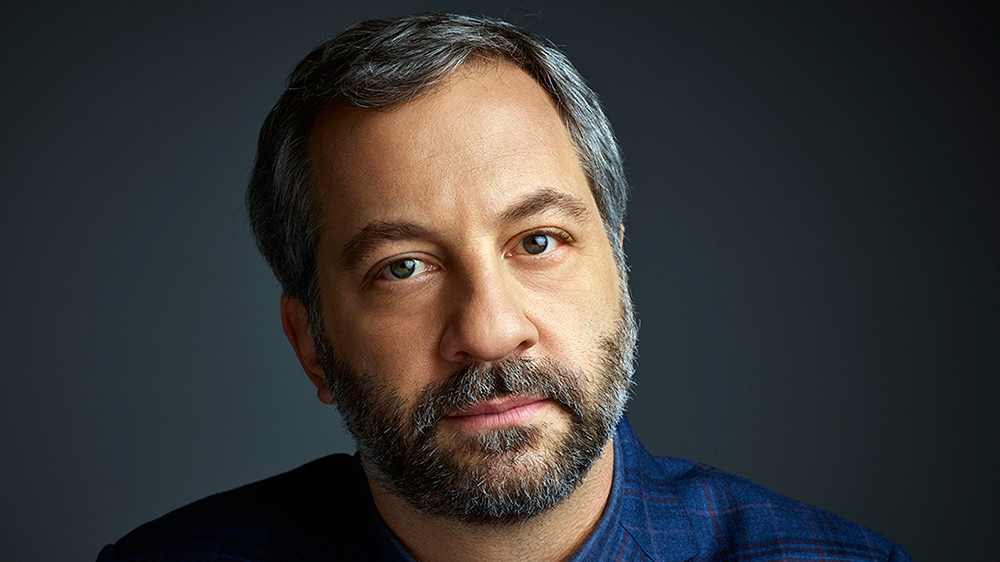 Variety: Judd Apatow has set the cast for his upcoming Netflix comedy “The Bubble.” 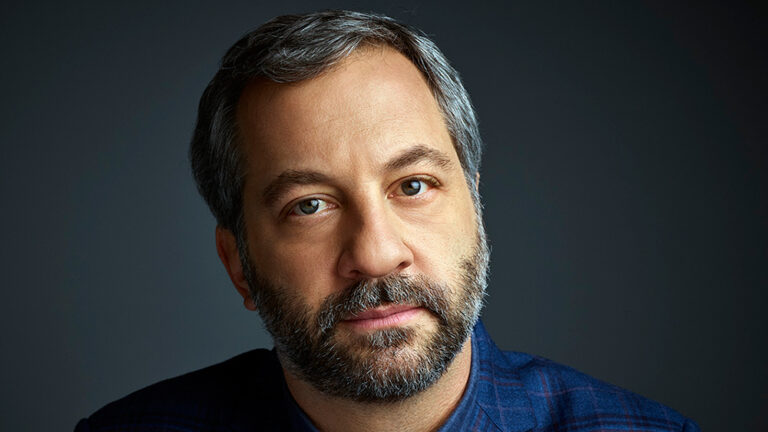