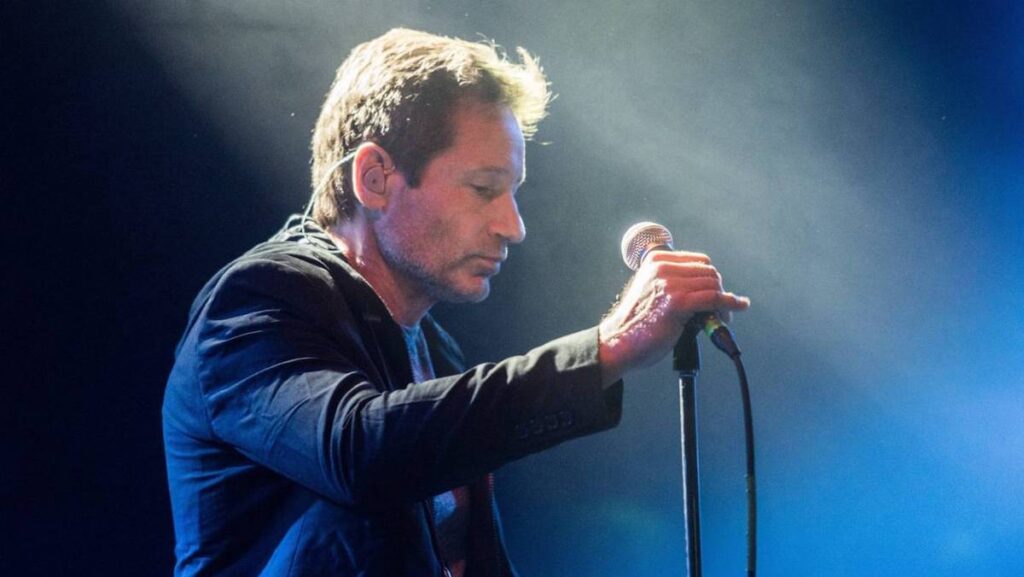 When we last spoke to David Duchovny, in 2018, he was riding high on the second season of a successful revival of The X-Files, the release of a new album (Every Third Thought), and the reality that he was also thriving in his other side-career as an unexpected novelist.

Three years on, and he’s proving his prolificness to perhaps be a permanent setting, with his most recent book Truly Like Lightning being released (via Macmillan) this February to raves from the likes of the LA Times and The Washington Post. A third album of music, intriguingly titled Gestureland, will hit the digital shelves this August 20.

Yet for all his successes, Duchovny has also always had a world weary way of projecting out into the world. His Agent Mulder, of course, barely ever cracked a grin. And his songs still tend to skim the more melancholy fringes of the great human experience. To wit, the first single from the album, ‘Layin’ On The Tracks’, which weds Pixies / Sonic Youth style guitar dissonance with the sort of solemn, dark melancholia more associated with the likes of Neil Young or Tindersticks.