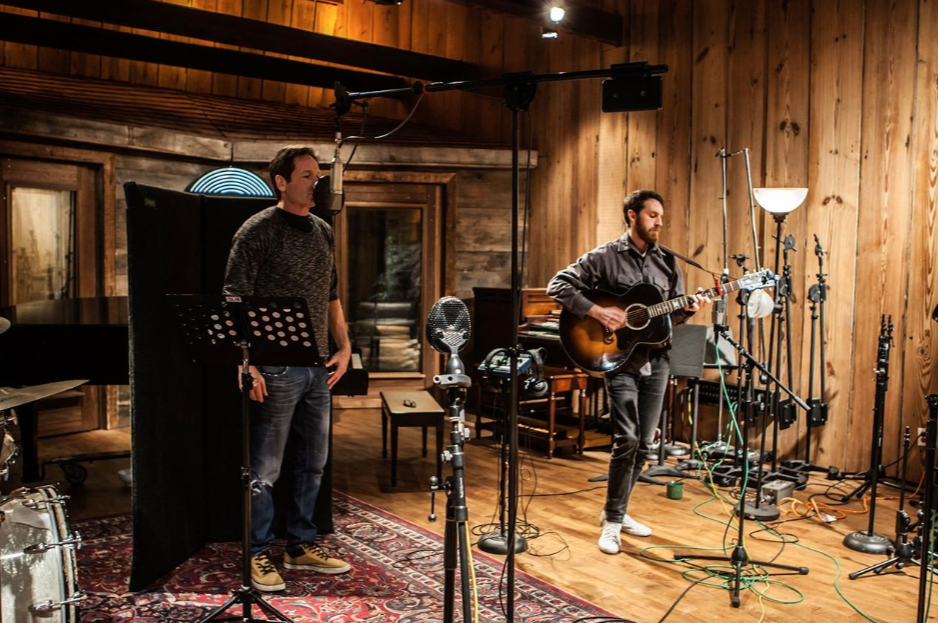 Ever since attending Watertown Middle School, Patrick McCusker has loved the guitar. Attending Berklee after high school, McCusker graduated in 2011, just as his current band member David Duchovny was learning to play guitar.

Duchovny, known best for his roles as Fox Mulder on the X-Files and Hank Moody in Californication, is also a bit of a renaissance man in that just last year, he published two novels and a debut album, Hell or Highwater.

That’s where McCusker, who played in many of the album’s tracks and toured with Duchovny, comes in.

As McCusker describes it, Duchovny’s music is a blend of folk, roots, and rock.

“Fans of Wilco and REM would dig it,” he said.

As a longtime musician, McCusker said Duchovny is quick learner and a great band leader.

“It’s a blast working with David,” he said. “He’s very comfortable with the band working together as a creative unit, especially since he’s relatively new to the music game. It really doesn’t feel like you’re working with a star at all with David. He’s very real.”

This week, the Watertown TAB spoke with McCusker about working with the Hollywood star, what he loves about music and what’s next for the group.