WBUR interviews David about his upcoming performances in Boston, for his novel and his music. 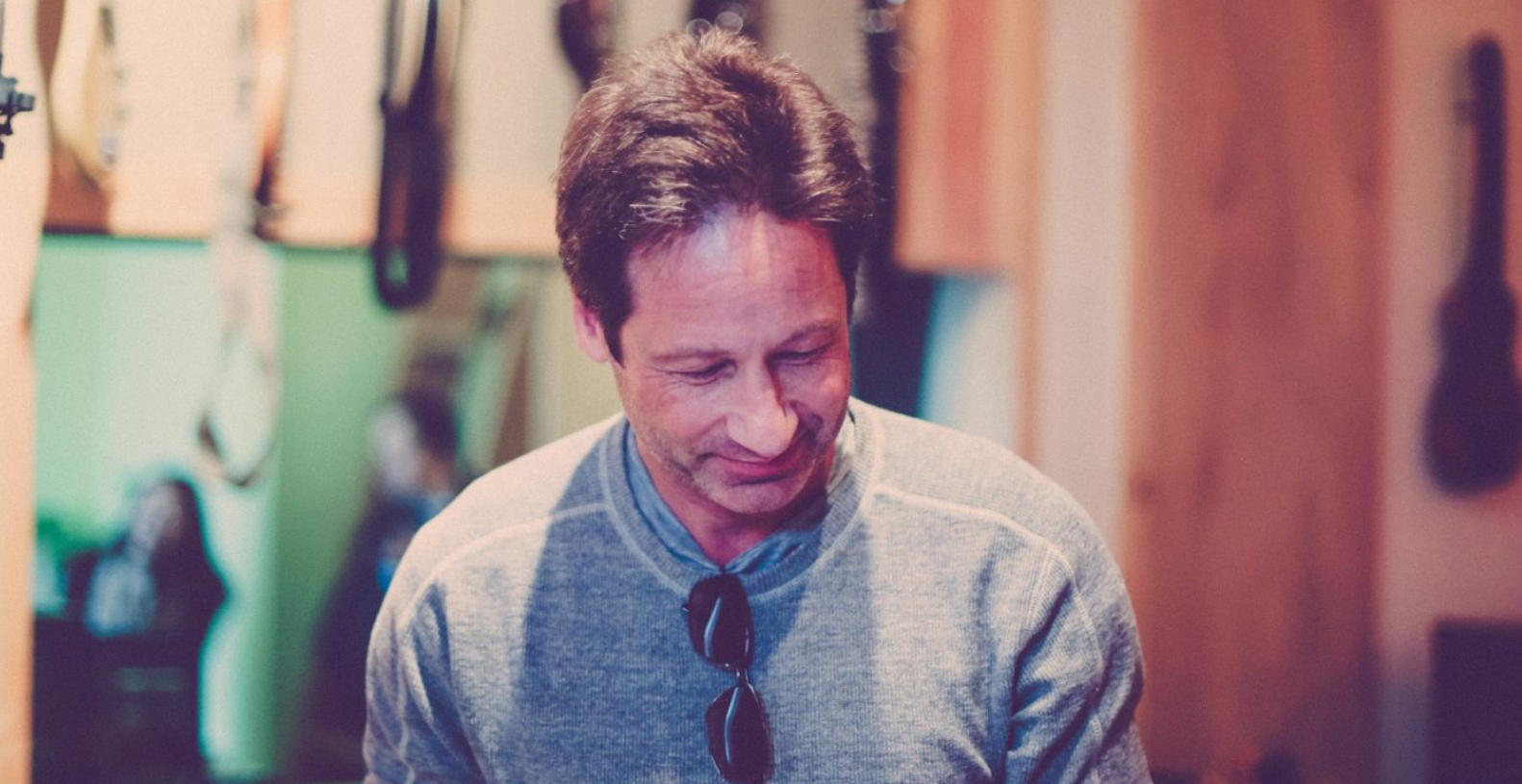 David Duchovny can take the mickey out of himself with just one word: dilettante. When he created his Twitter profile in 2014, he posted that as his profile.

“That was just a preemptive strike, I guess,” says Duchovny now, on the phone from New York. “I’m known as an actor who plays music and writes novels. In my own mind, I started off as a writer, so in my own mind I’m a writer who acts. But I realize what it can look like. I guess the idea of dilettante to me is also someone who’s interested in a lot of different things.”

Duchovny is coming to Boston on Wednesday, Feb. 22, to focus on those two areas he’s less known for. At noon, he does a brief reading from his novel, “Bucky F—— Dent” at Brookline Booksmith and at 8 p.m. he plays The Wilbur Theatre with his backing quintet.

“It is strange, but it’s because of my other commitments,” Duchovny says. His raunchy and darkly comic Showtime series “Californication” ended an seven-year run in 2014, with Duchovny playing a clever, but oft-addled, writer. He played a detective in “Aquarius,” a ho-hum series set in a Manson-esque LA that ran in 2015 and 2016. “The X-Files” came back for six uneven episodes last year, and there have been hints there may yet another reboot, likely a miniseries.

The TV work put album support on the back burner. “We did a European tour for this album,” Duchovny says, “but we never played America at all so this is our belated first album tour, but we’ll be playing four or five songs from the new album as well.” (Duchovny did play Berklee College of Music’s The Red Room at Cafe 939 in April 2015.)

And now he’s coming up on his second album’s release. Yet untitled, the album has been recorded and is awaiting a mix for a spring release date.

Duchovny knows that, musically, he’s entered a cluttered playing field, populated by the Bacon Brothers, Johnny Depp and Zooey Deschanel, among others. He also entered as a relative novice, not a longtime actor aching to be a rocker. Duchovny, now 56, started playing the guitar on the set of “Californication” with no designs.

“It was all really just in fun,” he says. “I never picked up the guitar with any idea that I was going to be writing songs that were going to be on the radio or even record or even perform it in front of one person, let alone a concert. I guess you could say it was pure in that way, just for me, and as it evolved somehow I found myself collaborating with musicians that could help me, make me better and write with me in terms of the second album.”

He understands initial skepticism, but says, “There’s no law that says creativity is confined to one area or that beginners can’t come up with decent stuff. I would just ask that people take it case by case and they either like it or they won’t. I’m not fool enough to think that I can fill up a thousand seats at a concert just because of the music. I know people are coming because they know me as an actor, but I embrace that. If they want to whistle ‘The X-Files’ theme, of course, it’s somewhat annoying, but I get it. I’m not going to play the theme at the show, but my hope would be you leave going, ‘That’s a legitimate musical artist, those are legitimate songs.’ “