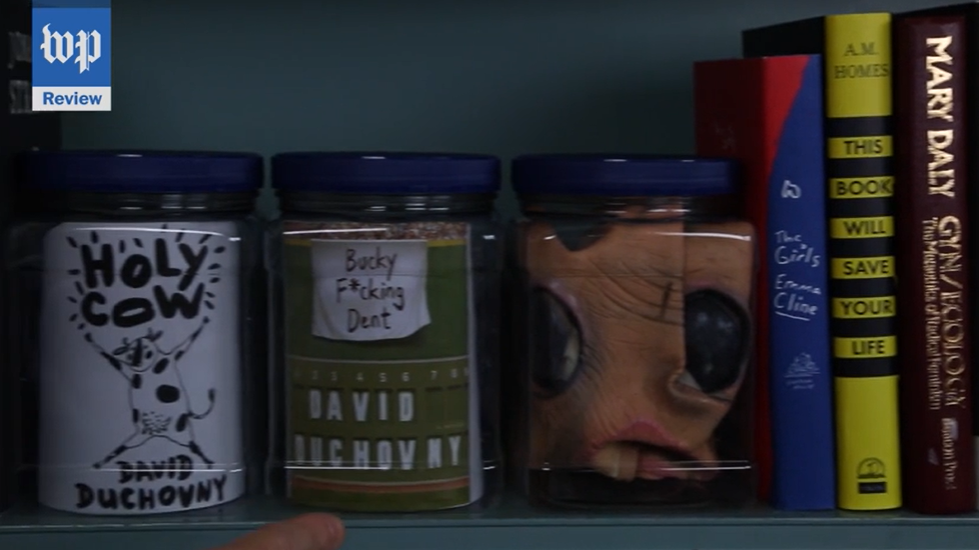 Stranger than any episode of “The X-Files” is David Duchovny’s transformation into a novelist. This isn’t another sad case of those celebrities Who Just Do Stuff. Duchovny actually demonstrates some literary panache. Starting in 2015 with “Holy Cow” — narrated by an itinerant Holstein — he’s been publishing charming novels that glitter with silliness.

His latest, “Miss Subways,” is an old-fashioned romantic comedy that takes its title from the posters that featured attractive working women on New York subway cars for several decades starting in 1941. But the story’s real inspiration reaches back many more centuries to the tale of Emer and Cu Chulainn in Irish mythology. Consequently, this may be the only novel ever to start with epigraphs by W.B. Yeats and Ed Koch. Take that incongruity as fair warning for the blarney that lies ahead.

Our heroine, Emer, is a talented first-grade teacher in modern-day New York City. Like this novel, her personality is marked by what Duchovny calls a “charismatic, universal, lighthearted melancholy.” At 41, she’s already spent several years encouraging her boyfriend, Con, a failed academic. (He supports himself by writing book reviews, which may be the most fantastical element of this fantasy plot.) Ignoring her own desire to write, Emer works as Con’s unpaid assistant on his research about the intermingling of religious and mythological beliefs brought to America over the years.

What little we see of Con’s slapdash thesis doesn’t inspire much confidence that he’ll ever find the success that Emer thinks he deserves. And what we see of Con himself makes it difficult to fathom Emer’s devotion. “If Twitter mated with Malcolm Gladwell . . . and moved a little to the right,” Con says, “that’s me.”

But that’s hardly the weirdest spawn in this tale.

One night while sitting alone in her apartment worrying about Con’s fidelity, Emer is visited by a little Irish doorman. Even if you don’t recognize the name Bean Sidhe as the Celtic fairies who foretell death, you’ll pick up on something odd about this profane visitor. (But don’t call him a leprechaun; he hates that.) Brushing aside Emer’s questions — and ours — Bean Sidhe explains that Con has offended the gods of Africa with “his right-wing-spin shenanigans,” and he’s about to be murdered by Anansi, the West African trickster god. Emer can save Con only if she vows never to see him again. “To prove your love for him,” Bean Sidhe says, “you have to let go of your love.”

Read the full interview on The Washington Post’s website here.