The Washington Post gets some time with David Duchovny right before the start of his US tour. 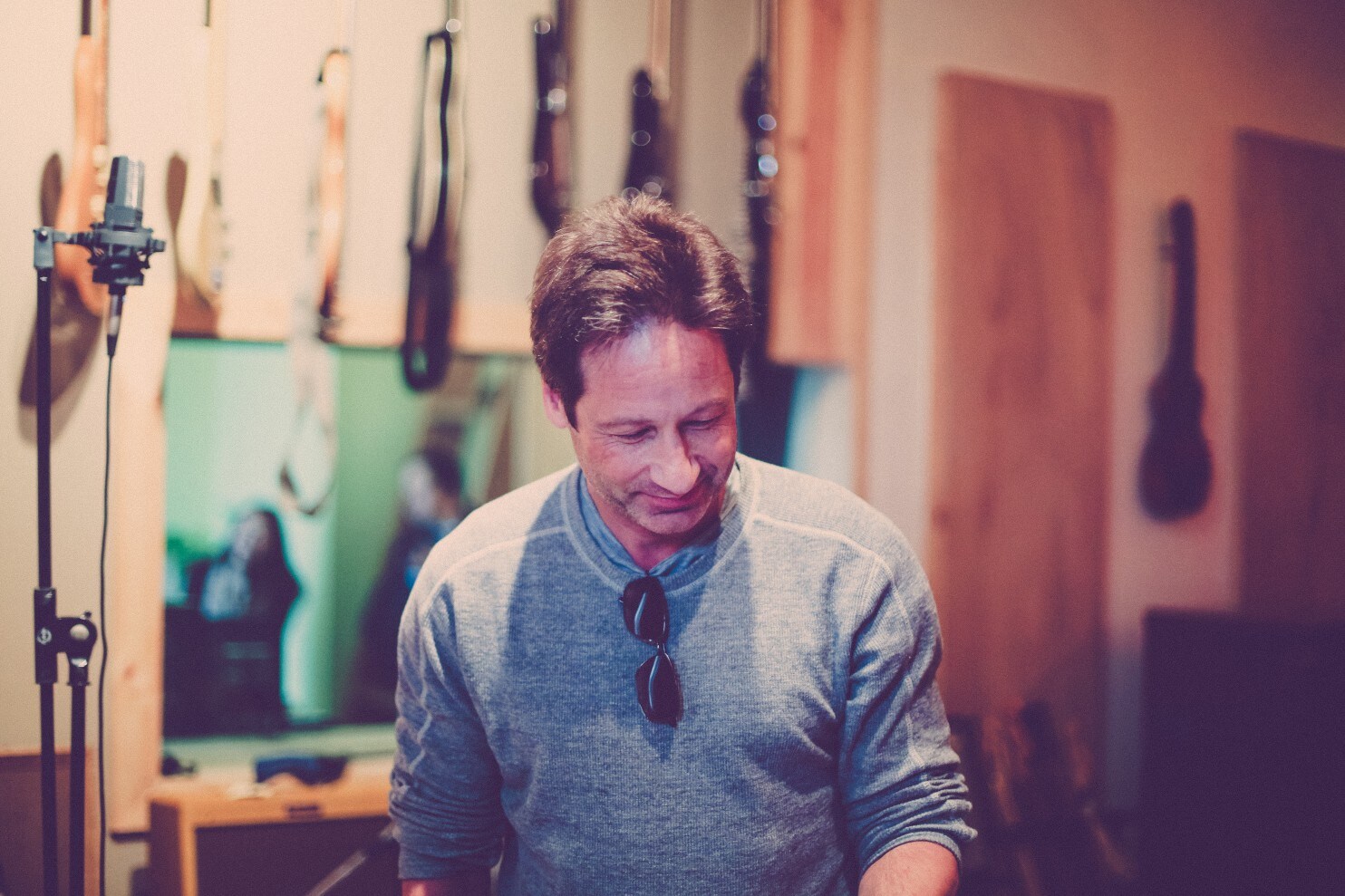 Add David Duchovny to the long list of actors who have used their fame to become gigging musicians. The New York native best known for his role as the brooding Fox Mulder on “The X-Files” or bacchanalian Hank Moody on “Californication,” Duchovny released his first album, “Hell or Highwater,” last year.

A literature major with degrees from Princeton and Yale, Duchovny, 56, found it easy to match poetry he had been writing to the music he was just learning on guitar. He also writes prose, having published two successful novels and readying a third.

Following a short inaugural European tour, Duchovny and his band will make their Birchmere debut Feb. 26. We spoke to the actor-musician recently while he was en route to his first U.S. tour date in San Diego.

Q: What brought you to music this late in your career?

A: I’ve always loved music, and it was just something where I had a lot of down time. I always told myself I was always going to learn guitar at some point, and I finally did. I’m in my trailer so long. As an actor, you sit on your hands for three hours and then you act for 10 minutes. That’s just the nature of it. So while I wait, why don’t I learn guitar, because that will make me happy to be able to play music and listen to it. It kind of organically grew from just knowing a guitar well enough to throw some chords together, and then putting some melodies over those chords. I guess the lyrics came most easily because I’ve always written words. So before I knew it, I was putting songs together.

Q: Are people skeptical of this new direction?

But certainly, there are some other examples of actors who make music. I don’t judge it categorically. I think music, of all the arts, is really the most unprejudiced. Your ears are not looking at anything; you’re just listening. And you either like the music or you don’t. I’m fine with that. Not everybody’s going to like it. Not everybody’s going to hate it. I’m making music for myself and for those who might get something out of it as well.