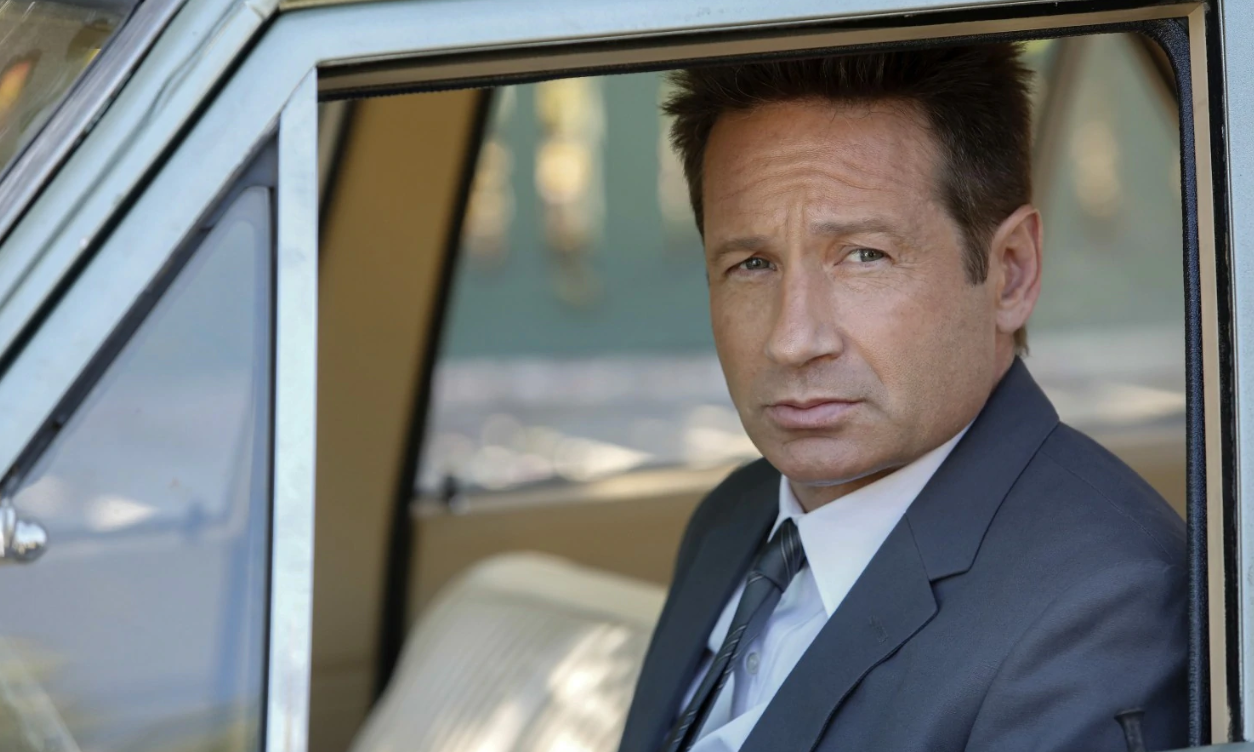 The topics can be heavy, but Duchovny has a light touch, with wit redolent of the best of recent Thomas Pynchon — namely, dope-fueled mental tours for both father and son (mostly the latter). The Grateful Dead, constantly playing on the tape deck of the son’s car, provides the soundtrack.

The climax is a road trip set to the Dead’s “Box of Rain,” as the father-son duo leave Brooklyn to see the now-classic one-game playoff between the New York Yankees and Boston Red Sox in Fenway Park — what John Updike famously called that “lyric little bandbox of a ballpark.”

Interestingly, Updike is one of the few literary giants who is not name-checked by the Ivy League-educated Duchovny (Princeton undergrad with a master’s from Yale in English literature). Whitman, Stevens, Shakespeare and Yeats are among those who come in for a close-up in these pages.

This may all sound a bit precious, but even when nothing happens — a description that applies to the first half of the book — Duchovny’s tone makes the ride a pleasure. He dips into the waters of love, death, fatherhood, marriage and sex, but he doesn’t go too deep. You enjoy the swim without becoming a prune.

Duchovny does not traffic in subtlety. The novel’s central figure is Ted Lord Fenway Fullilove, a name so ridiculous that you can almost see the author grinning like Fox Mulder in the background. Ted, the son of die-hard Red Sox fan Marty Fullilove, a New York ad man from the “Mad Men” era, isn’t laughing. We meet Ted early in the 1978 baseball season, as he holds down a job at Yankee Stadium. He works in the upper decks of the House That Ruth Built, where he is known simply as Mr. Peanut, spending his time stoned and scribbling notes for his Great American Novel, when he’s not throwing bags of snacks with uncanny accuracy.

Like Duchovny, Ted has an Ivy League pedigree, but he’s wallowing in his failure as a writer. Perhaps the novel’s funniest scene (and it has more than a few laugh-out-loud moments) comes when Ted meets with a New York book editor who pulls no punches after reading a manuscript of Ted’s titled “Magnum Opie.” When Ted explains that his book is in the surrealist tradition, he is told, “You mean the narcoleptic tradition. . . . Before you get to surreal, you have to get real.”

Things get real for Ted soon thereafter, when he learns his father is about to shuffle off this mortal coil. The two haven’t spoken for years, but Ted feels compelled to make up for lost time. He moves back home to his family’s place in Brooklyn, sleeping in his old bed and even wearing his adolescent pajamas. His father’s health fluctuates in direct correlation to how the Red Sox did the previous night. This being the early days of the VCR, Ted learns he can game the system to keep his dad feeling better — with sometimes hilarious results.

The novel’s underpinning, of course, is the pennant race. For the happy unfamiliar few: The Red Sox began that season still hunting for their first World Series title since selling Babe Ruth to the hated Yankees in 1919 (thus the famous “Curse of the Bambino”). Boston could do no wrong the first half the season and opened a huge lead on its rivals; the Red Sox could do little right the second half, before a late winning streak forced the storied one-game playoff in the Hub. Spoiler alert: As the cursed Yankees shortstop referenced in the title tells you, it didn’t end well for the home team. But could it end well for Ted?

Coming in at under 300 pages and with fashionably short chapters, “Dent” is as fast as it is entertaining. (The story began as a screenplay.) The field of baseball novels has been lit up by greater luminaries — Kinsella, DeLillo, Roth and Malamud, to name a few. But Duchovny has a place in the lineup, kind of like a light-hitting shortstop who shines in key moments.