Vancouver Sun highlights the variety of projects David Duchovny has released and is currently working on. 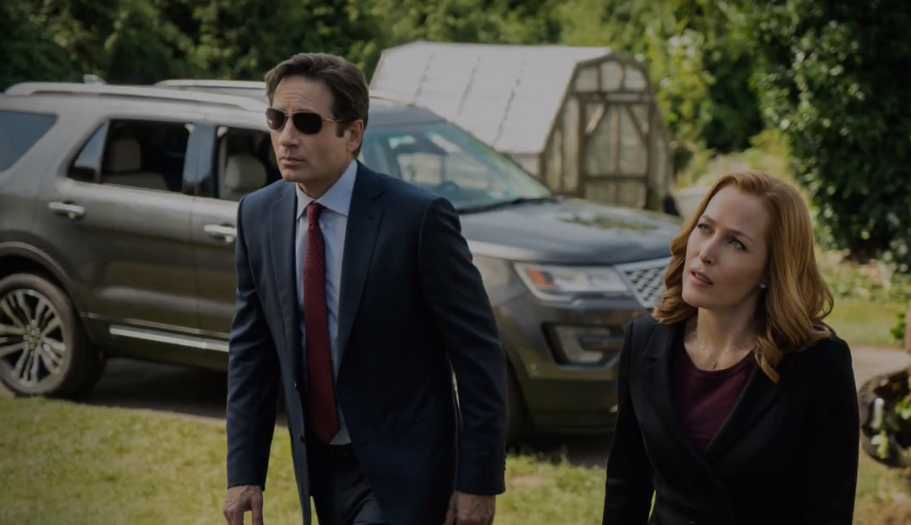 With plans to bring his bestselling second novel Bucky F***ing Dent to the screen, and with constant acting and writing work, you would think that the man who brought the character of Fox Mulder to fame wouldn’t be rushing to start another career. That would be wrong.

With the May 2015 release of his 12-song debut album, titled Hell or Highwater, the actor/director/author added recording artist to his skill set. His second album, Every Third Thought, is due for a December release on Pledge Music and is available for pre-order at DavidDuchovnyMusic.com.

Duchovny made his local singing debut in August 2015 at the Alexander in Gastown. He returns to town with a partial band to perform a full set at the Imperial. Having toured Europe and the U.S., he says the live act is improved. He is the first to admit that going into the music business at a time that many are calling “The Golden Age for Television” may seem weird.

“I was never in the music business 25 years ago before it went through its revolution, so I have no reference point there,” said Duchovny. “Also, I have the luxury of not needing to have a hit or to sell a lot of records because it isn’t my focus for my bread and butter. I can make it extremely personal, exactly what I want it to be,. So it’s definitely the right time to be making music for me.”

When A-list actors shift gears and get into music, it would be safe to say that the results usually reinforce that the artists had already chosen the right profession. Duchovny didn’t arrive with a backstory about how he was always a musician, etc. Rather, the Yale University English-lit MA found himself learning to play guitar at the same time he was writing poetry. Presto, enough material to put together an album.

Hell or Highwater was a pretty low-key affair, too. The spare production and slight twang of the music presents a sound that seems right at home in the dusty California heartland.

“I would say that it’s definitely coming from a singer-songwriter appreciation and also from my competence as a writer or a musician at this stage of writing,” he said. “I may be 57, but I am by no means a 57-year-old musician. These are my first songs, and they are going to be like everybody’s — rediscovering that wheel which always stays the same with three chords and a melody.”

For a first foray, he proves adept at delivering solid barroom roots rock without any of the bombast or pretension listeners have come to expect on similar releases. Songs such as Positively Madison Avenue, with its Dylan-referencing title, or 3000 where he name-checks the Beatles, are aiming pretty high, but there has to be a growth curve for every artist. At least he isn’t trying to write for a market he isn’t part of.

“Lyrically, I’m not trying to write younger than me,” he said. “I’m going to write about the universal human concerns that I’ve got and they are going to come out in a way that’s lived in, I would think.”

For the coming performance, he is bringing up half his band from Los Angeles.

“It’s keyboards, guitar and me, and the guys will sing some too,” he said. “It will be vulnerable, for sure, because I wouldn’t win American Idol. I’m fine with that.”

Duchovny is really pleased with where his career is at these days. Reflecting on the incredible longevity of the X-Files, he sees a few reasons for the legacy of Chris Carter’s murky American science fiction drama.

“It’s a very flexible show that has many different strands to it and the tone is quite flexible too, moving from completely believable and sincere to almost a whimsical send-up of itself,” he said. “And the mystery of it, too. When we started in ’93, there hadn’t been a show that encouraged people to think as far outside the box of television since the Twilight Zone.”

Continuing on, he notes how the massive expansion of new platforms such as Netflix, Amazon and others is fuelling a demand for content that might easily lead to a decline in quality and a fair amount of filler programming. But the opposite is occurring.

“Television is so much better than movies in many ways, the whole relationship is flipped. So it’s hard to even think back to ’93 when there was really nobody doing what we were doing,” he said. “There is such willingness to take chances now that there wasn’t before. You don’t have to have big hits — they are still pretty few — rather you can just do something original, high-quality and know you are looking to meet a smaller niche.”

The optioning of his second book, Bucky F***ing Dent, for production may just yield another one of those top-quality viewing experiences. But the name might need changing.

“Yeah, it seems that, with all the things in this world that we really need to be worrying about, we’re still really concerned about that one little word, which is unfortunate,” he said. ” It’s actually started as a screenplay and now it’s reverting back to its original form. I seem to have the money to make it, so it looks like it’s happening this summer.”

Once the X-Files finishes its shoot in Hollywood North, Duchovny has his third novel, titled In the Subways, coming out in April 2018. He is also developing a couple of shows that he may or may not be starring in.

“I can’t really say too much about those … because they aren’t committed to shooting at the moment, so we’ll see,” he said. “When the work is good, whether it is writing, acting of singing, it doesn’t matter to me what the venue or the form is if it feels good and true and entertaining. I’ll dance if you want me too, but you don’t want me to.”