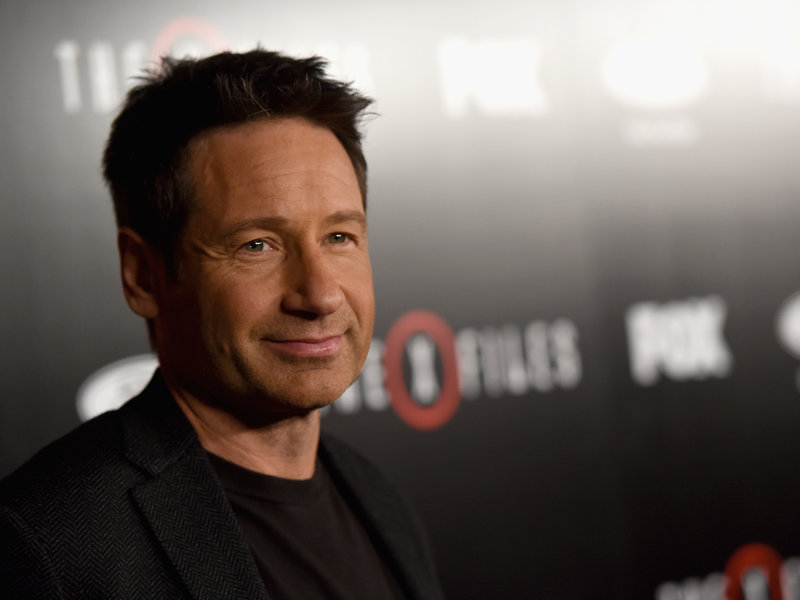 At the beginning of Miss Subways, David Duchovny’s third novel (Farrar, Straus & Giroux, 320 pp., ★★★½ out of four), Emer Gunnels is a bright, talented second-grade teacher who commutes by subway every day from her Upper West Side apartment to her Greenwich Village private school.

In her late-30s, she’s attractive, hates men eyeballing her on the train, loves reading, and wishes she were a writer. She does yoga, is a lucid dreamer, and likes those leftover hallucinations from benign brain-tumor surgery.

While Emer loves her boyfriend, Con (short for Cuchulain Constance), she’s frustrated after a decade of supporting his Joseph Campbell-like research on pre-Christian deities residing in the New World. All of which means Emer’s a pretty normal New Yorker, right?

Profanity-spewing, Bushmills-swigging “Sid” delivers a heartbreaking dilemma: Emer must choose to let Con live but separate from him forever, or he dies. She chooses to save Con and let their love die instead. That sets off a series of bizarre, myth-infused, hilarious events where every turn is the intersection of insanely supernatural and everyday ordinary.

Meanwhile, Miss Subways isn’t apocryphal. The contest regularly posted photos and brief bios of comely winners on trains from 1941 until 1976, and then sporadically. The transit tiara returned in 2017. Only qualifications: Be a New Yorker and ride the subways. And, so, riding her own New York magical mystery tour, Emer, deep down, feels she is a true Miss Subways. But is she?

Besides deities like Sid, who torments Emer, and the African goddess Anansi, who seduces Con, Duchovny introduces a cast of other memorable characters, including Emer’s best friend Izzy, a lesbian school psychologist, and Emer’s 81-year-old, Alzheimer’s-afflicted father, whose offhanded remarks undermine her life’s craziness.

If momentum lags in this vibrant tale, it’s the narrator’s occasional propensity for discourse, spurred by the “Train of Thought” quotes on subway signage, from Shakespeare, Kierkegaard, Yeats and others. Emer even admits these voices of her oracle on the train can give her “brain cramp.”

Yet, Duchovny mostly keeps his loosey-goosey storytelling rolling with zany characters and playful wit worthy of Tom Robbins and recent Thomas Pynchon. He writes Emer so genuinely that readers will either fall for her, or identify with her, or both.

For lovers of myth, for lucid dreamers, and for passionate readers willing to suspend belief to embrace an enchanting tale of crazy love, this is a rollicking underground ride.