Today interviews David to ask him more about the story behind his first book, Holy Cow. 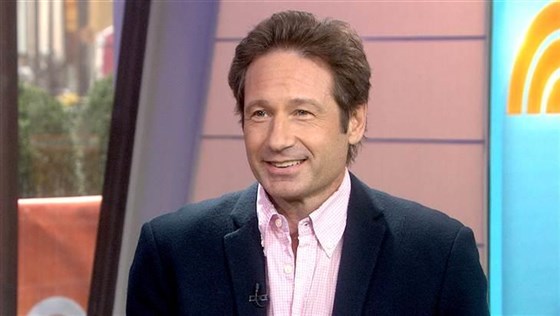 Though he was the star of “Californication,” which ended last June after seven seasons, many fans still mostly think of David Duchovny from his days as Fox Mulder on “The X-Files.” Well, time to put both of those items further down on his resume: Duchovny is now a published author and the new star of the upcoming NBC drama “Aquarius.”

But don’t look to Duchovny to answer the big questions behind his book “Holy Cow,” which TODAY’s Willie Geist described on Tuesday as being about “a talking cow, a cranky pig and a suave turkey on the run.” For instance, what is the moral of the story?

Head over to Today’s article to watch the full interview.