The Rock Revival gets deep with David Duchovny exploring what’s happened in David Duchovny’s music endeavors since he first picked up guitar. 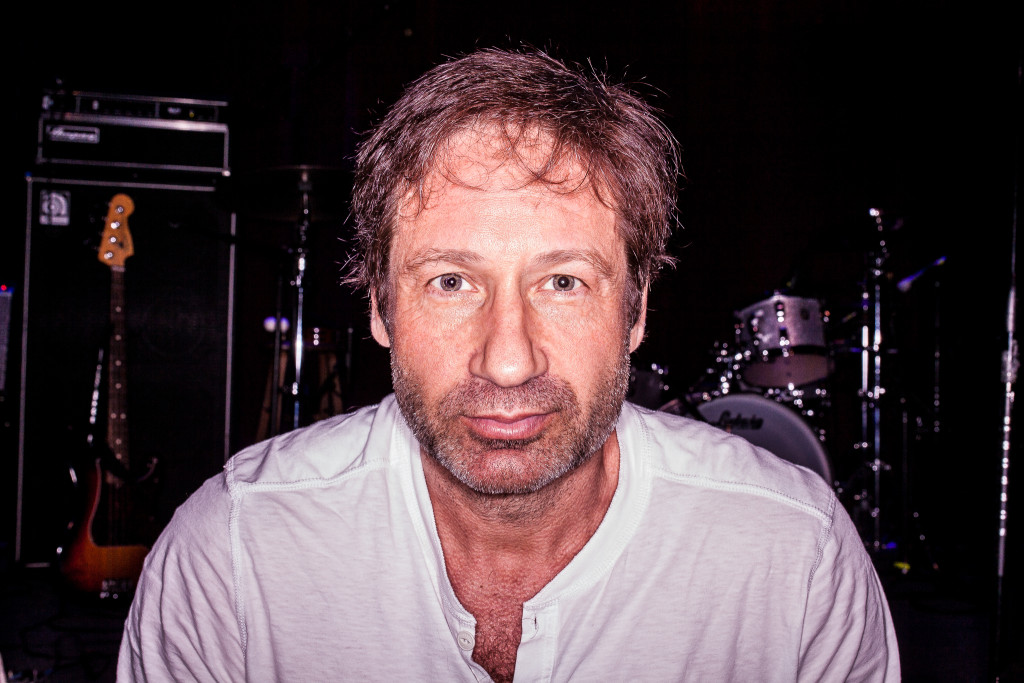 David Duchovny is what you might call a modern-day Renaissance Man. Throughout his career as an actor, he’s starred in two of the biggest television series of the last two decades, creating two cult characters worthy of icon status. He’s stepped behind the camera to direct and behind the scenes to produce. He even wrote a few episodes of The X-Files, the hit television show he starred in from 1993-2002 (which is making a triumphant return next January on Fox). In the same vein, he man with a masters in English Lit published his first novel Holy Cow back in February. With a seemingly incessant need to be creative, Duchovny picked up a guitar and dove head-first into the realm of rock ‘n’ roll. After much fiddling on his guitar and penning lyrics onto paper, the end result was his debut alt-rock album Hell or Highwater, a melodic and moody (pun intended) outing that captures melancholy at its best. Just before David wrapped up a brief tour with back to back shows in New York and Philadelphia, he spoke exclusively with The Rock Revival about his music, touring, and what’s next for the Renaissance Man.

Going back to the beginning, how did this project come to fruition? Was it in the works for a long time or was there a sudden lightbulb moment where you said, “You know what?” I’m going to make an album.”

I never had that lightbulb [laughing]. It was really just an organic process from beginning to end. The way itstarted was, I picked up a guitar and decided I was going to teach myself how to play just because I love music and I thought it would be nice to be able to amuse myself that way. That went on for about a year and I was looking at these songs that I’m playing, these rock ‘n’ roll songs that are fairly simple. I’m not saying there not great, but they’re just chord structures that get repeated; blues and rock ‘n’ roll and they don’t belong to anybody, like folk music, and I thought if I could come up with a new melody to put on top of these chord structures then I could write some songs, and some lyrics I thought would come easiest because I’ve always written. Then I just started writing songs and I went to my buddy Keaton Simons and I said, “Hey, can we record these? I want to hear what my songs sound like, if they’re songs at all.” And he taught me a little about song writing. I had never written a bridge before, so he said, “Oh, you need a bridge in this song.” I said, “What’s a bridge?” Things like that. So, we recorded them and I thought it was cool. I have songs that I wrote on my phone and now they sound semi-professional and I’m kind of singing on them and thats more than I thought they would ever be. Soon after, Keaton was playing down at the City Winery here in New York and he asked me if I would come down and sing one of the songs, and I did. Brad Davidson from ThinkSay Records was there and he said, “Dude, lets make an album. How many songs you got?” I said, “Oh, God, I’ve probably got about 20. And he said, “Lets work on them. Lets make them into songs that you would want to hear on the radio. Like real songs.” And I said, “Well, if you want to do that then I’ll do that with you.” He said I should go work on my voice, so I went and worked on my voice, and then we ended up recording the album last December. So, it was never my lightbulb – it was other people’s lightbulbs.

You mentioned that you started writing the songs and that you write all the time. You have a Master’s in English Literature, you’ve written episodes of television shows and a novel. Did you find that your past experience, even though it wasn’t music, translated well into songwriting and lyric writing?

I’ve always been interested in lyrics as well. As I’ve been a fan of music, I’ve very much liked listening to songwriters who were good with lyrics. I’ve always loved The Beatles, The [Rolling] Stones, The Who. They may not have been the best lyricists, but I love their lyrics. And Tom Petty and [Bob] Dylan, Tom Waits, Steely Dan, bands like these whose lyrics are interesting. I don’t know if my writing prepared me to do that because lyrics are a very funny, tricky thing. They’re very bare. You have to leave room for the music. The lyrics can’t dominate the song. You’ll see great lyrics to song, you’ll see them on a page without the music, and you’ll be underwhelmed. There’s a magic that happens when the words are just right for the music and really, there’s no preparation for that in any other kind of writing. Its just special to music the way the words and the music fit together.

Read the full interview on The Rock Revival’s website here.