David tells The Guardian more about his acting and writing career, as well as his upcoming projects. 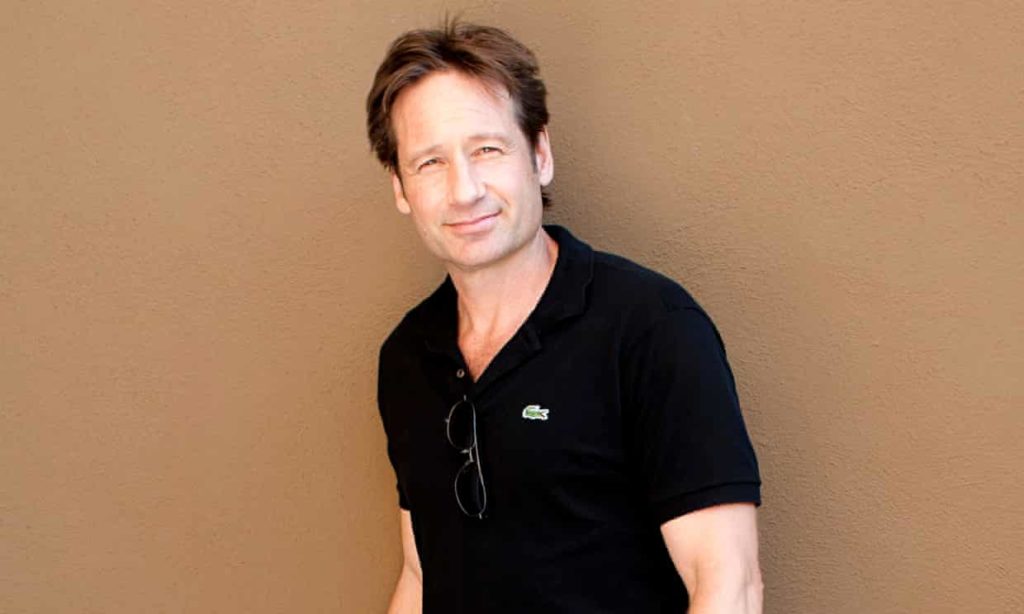 David Duchovny is best known for his role as FBI agent Fox Mulder in The X-Files, and as dissolute writer Hank Moody in Californication. He has a BA in English literature from Princeton, where he wrote a dissertation on the early novels of Samuel Beckett, and an MA from Yale. He has now published a novel, Holy Cow, in which a cow called Elsie, a pig called Shalom and a turkey called Tom escape a farm in upstate New York in search of a better life.

How did you get the idea for Holy Cow?
I had an idle idea while driving one day that if I were a cow I’d probably do my best to get to India. I thought that was funny. But then I thought: what else could happen? If I were a pig, I’d try and get to a place where kosher laws were enforced and I wouldn’t be eaten. And… a turkey might think that Turkey would be safe. So then we’ve got our three… This sounded to me like it could be a kids’ movie, so I wrote up a treatment and pitched it as an animated film. But the story includes some Muslim-Jewish political discussion, some drug-taking, and the circumcision of a pig. They politely passed. So I shelved it until, a year and a half ago, I thought: why don’t I write it up as a novel?

It seems to come with a message about how we treat farm animals, and perhaps that we eat too much meat.
I’m not a polemicist. I’m not a proselytiser for vegetarianism or climate change. I don’t force my personal morality on others, and I don’t like books that try to. To me, it’s a work of entertainment first and foremost. A decent work of art raises more questions than it answers. If it answers questions, it becomes propaganda. The book really comes out of my earliest reading: I grew up on Aesop’s Fables… the first stories I ever heard involved talking animals.

Which is harder, writing or acting?
I can’t say that I enjoy writing; it’s difficult. I would say I enjoy having written. But I’ve way more self-doubt as an actor – I come from more of a writing background than a performing background. My sense of myself from an early age was as an observer, a thinker. I didn’t even see that many movies as a kid.

What about reviews? When you act, you’re part of a team; you can hide. But as a writer, your name’s the only one on the jacket.
I don’t read any reviews of anything I do. I haven’t for 10 years, and it has made life a lot better. So much criticism today is snarky and ad hominem. I’m of the school that says: judge the work, not who did it. It’s hard for actors; it’s their body and face they’re using. As a writer it should be easier, but I don’t think it is. I didn’t want to use a pseudonym: I want people to read the book, so why not use whatever celebrity I have to bring attention to it? But reading reviews is like finding your beloved’s journal: the only reason you’re going to open it is because you want to hurt yourself.

You abandoned your PhD at Yale… what was it about?
The title of the dissertation that never will be was: Magic and technology in contemporary fiction and poetry. The writers I was going to discuss were James Merrill, Norman Mailer, Ishmael Reed, Robertson Davies, Thomas Pynchon. I didn’t finish it because I’m a lazy piece of shit. I started acting, and once I left the halls of academia, it was hard to keep the focus on something so rarefied.

Did you regret giving it up?
I still have regrets; I’m a regretful person. Before I had any success as an actor, when I was receiving rejection after rejection, I thought: what the hell are you doing? You worked your ass off, you were at the best places, you were set up to have an interesting and nice life teaching and writing, and now you’re auditioning for a potato-chip commercial in your bathing suit.

Do you buy a lot of new books?
I order up to four every week. The last two I enjoyed were Dept of Speculation by Jenny Offill, which I found to be devastatingly sad, and Outline by Rachel Cusk. She writes beautifully about things that are very difficult to write about.

Both those novels are about women who are getting older and feel invisible, a subject the movies don’t ever touch on. This isn’t a problem for men, is it? They just get (supposedly) more attractive, especially on screen, where their wives and girlfriends only get younger.
Well, that’s the cliche, and there is a standard that is kinder to men than to women. That’s unfair, though I don’t know how you legislate against it. But of course I worry about ageing. I don’t want to get old. I’d have a facelift if they ever worked… But it seems to me they don’t look good.

What’s coming up for you next?
I’m writing another novel, and I have an album coming out, Hell Or High Water. I also have a new show on NBC, Aquarius. It’s set in late-60s LA, and I play a homicide detective who’s watching the world change and isn’t so happy about it. An old flame of mine calls me and says that her daughter has run off with this guy, Charles Manson. This is before that name rings anybody’s bell. So I get caught up in the counterculture, a world I don’t understand, because I grew up in the 20s and 30s.

Why don’t you come to London and do a play by your beloved Beckett?
[Laughs] Well, Gillian [Anderson, his X-Files co-star] has done so well in London. But she’s a proper actress. She studied; I taught myself on the job. Doing theatre wouldn’t be a return to my roots — that would be going back to grad school. I do love London, though. If you came to me with a brilliant play, I imagine I’d try to do it.

There is still talk of a Mulder and Scully reunion. Aren’t you done with The X-Files?
If you’d asked me this question 10 years ago, I would have said: yes, I’ve had enough. But at this point, it’s almost like going out on a greatest hits tour. It would be a lark. And I think it’s going to happen pretty soon.