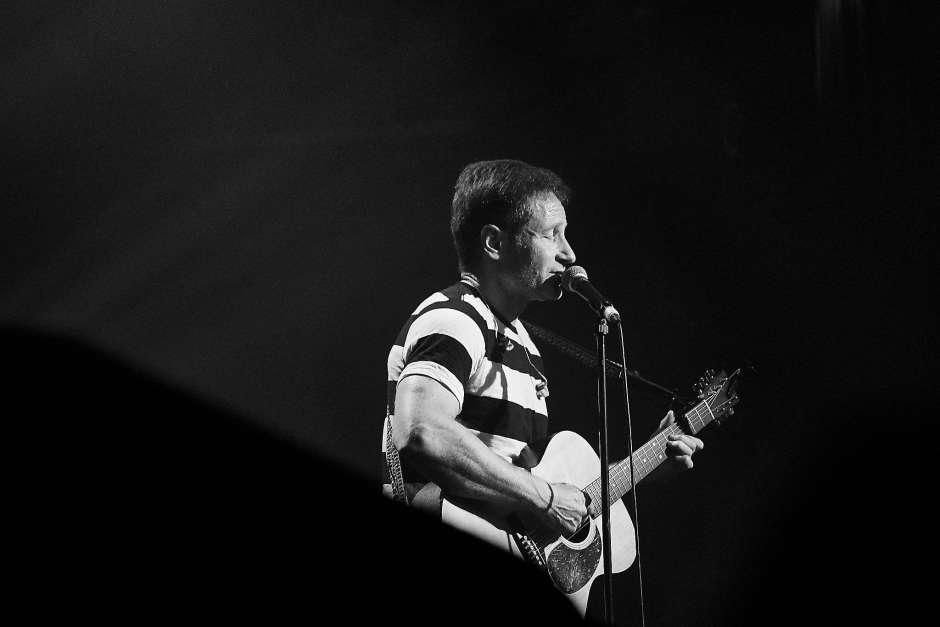 David Duchovny is a bit of a Hollywood Renaissance man. An actor, director and writer, he’s now charting his own path as a musician, currently playing the role of rock ’n’ roll frontman at his stop at San Francisco’s Social Hall on Wednesday, Feb. 15, during a tour in support of his 2015 debut album “Hell or Highwater.”

Duchovny is very candid about his beginnings as a musician, aware of his limitations. The way he explains it, he started in music to just have fun playing songs he likes, emulating the works of Tom Petty, Neil Young and similar classic rock artists. He never even meant to pursue music professionally until a chance encounter with a musician friend’s manager encouraged him to consider music seriously.

He’d begun in Hollywood as an actor, rising to prominence in the early ’90s as FBI agent Fox Mulder in the hit television show “The X-Files,” a character he returned to for two films and a limited series revival in 2016, and starred in the TV series “Californication” and “Aquarius.”

He’s also known for being pretty public about his politics. During last year’s presidential race and after the election of Donald Trump, Duchovny made headlines as an outspoken critic of the president, most recently suggesting that Trumpian politics might inspire a future incarnation of “The X-Files.”

But when it comes to his music, Duchovny likes to sing about timeless themes like love, addiction and loss. Unlike his television projects, he doesn’t find it prudent — or productive in the long run — to try to tailor his music to current events.

Read the rest of San Francisco Chronicle’s interview with David on their website here.