NME reminisces with David Duchovny on how far ‘The X-Files’ has come leading up to its upcoming reboot. 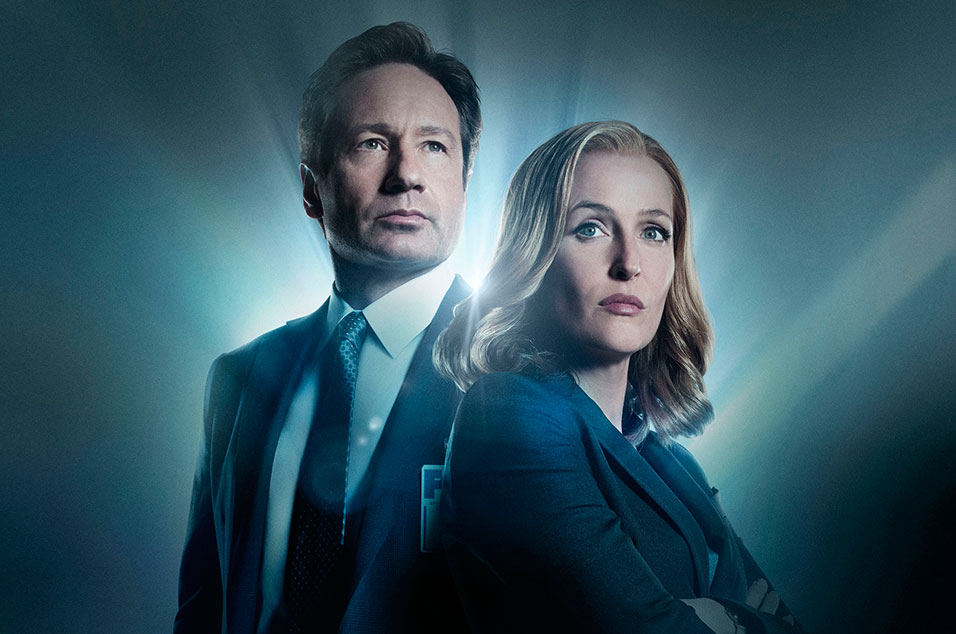 David Duchovny cried when he read the script for the upcoming, rebooted series of The X-Files. “It was just a nostalgic moment to see the names on a piece of paper,” he says. “They were speaking. They were alive again. It was like seeing a person that you thought was dead.”

The iconic sci-fi show, created by writer and director Chris Carter, propelled Duchovny and co-star Gillian Anderson to stardom in 1993. He was Fox Mulder, the endlessly curious believer employed by the FBI to investigate ‘paranormal activity’, be it black oil created by aliens to enslave the human race or a shady group called The Syndicate. She was Dana Scully, the skeptic enlisted to keep him in check. They were on-again, off-again for nine series, and their onscreen chemistry turned the show into a ‘90s phenomenon. It spawned alien-mania, got frequent props from pop (Catatonia’s sort-of-amazing ‘Mulder And Scully’, The Bloodhound Gang’s definitely-not-amazing ‘The Bad Touch’) and led to two films: 1998’s excellent Fight The Future, and 2008’s frankly dogshit I Want To Believe, which saw Scully neglect her investigative powers to simply Google for clues.

Inspired by series such as Girls and Bojack Horseman becoming hits after 10 or 12 episodes rather than the 20 The X-Files used to pump out, Duchovny and Carter decided “a new season wouldn’t kill us”. And later this month, the 10th series, with six episodes, will air on Channel 5. It finds Mulder and Scully no longer working for the FBI, and Mulder with a new perspective on life. As Duchovny, now 55, says: “It’s basically, ‘This is my new religion – this is what I used to think, and this is what I now think’. It’s not a complete re-imagining by any stretch but it’s a very interesting pivot from the old stuff.”

And Mulder isn’t the only one to have changed over the years. “When we started in 1993, [Gillian and I] were very green. I’d had four or five jobs and it was her first or second. It was all we could do to stay afloat for the first couple of years. If I look at an old show from the first or the second year I see a certain kind of enthusiasm or sincerity or greenness that I certainly no longer have. And that I can’t get back. And nor would a 50-year-old Mulder wanna get that back. It would be unseemly to be that green and naïve and sincere.”

At its core, The X Files was always more about Mulder and Scully’s relationship than little green men. That aspect of the show, says Duchovny, emerged by accident. “Scully has a boyfriend in the pilot. I guess [the writers] realised it was kind of good to have them kind of separate but apart”. But it’s still the bit that gets fans going.

The last time we met them, they were an item, but begin this new series estranged. It takes this new adventure to bring them back together professionally, and a question mark hangs over the pair getting it get it on again. “In a TV show,” says Duchovny, “if people make up, they gotta break up. People gotta die, they gotta come to life. Otherwise your show dies. So wherever you find Mulder and Scully, it’s gonna change back and forth.”

What’s Duchovny’s relationship with Anderson like in real life? “We see each other maybe once every couple of years,” he says. “We’ll always be close because we spent so much time together once upon a time. We went through something life-changing that can’t ever be repeated. She’s part of my history, part of my life, and always will be. So there’s a profound attachment.”

Duchovny insists that the new episodes “won’t be like the old ones”, and he’s not bothered about the show’s legacy. “That’s a word I really don’t like. The work has to stand on its own. If it doesn’t, it doesn’t. But [the reboot] doesn’t reflect upon what’s already been done. And we’re all better at what we do now. We may not look as good but Chris is a better writer-director, Gillian’s a better actress and I’m a better actor. It’s not just an exercise in nostalgia.”

Will it all wrap up neatly at the end? “No, we never wrap up. We always have a cliffhanger. That’s as it should be. The show was always supposed to leave you with a few more questions than answers.”

So that’s The X-Files in 2016: different but the same, evoking nostalgia but looking forward. Can it match its ‘90s heyday? We want to believe.