Music Radar talks to Duchovny about his upcoming European tour, as well as his experiences with songwriting. 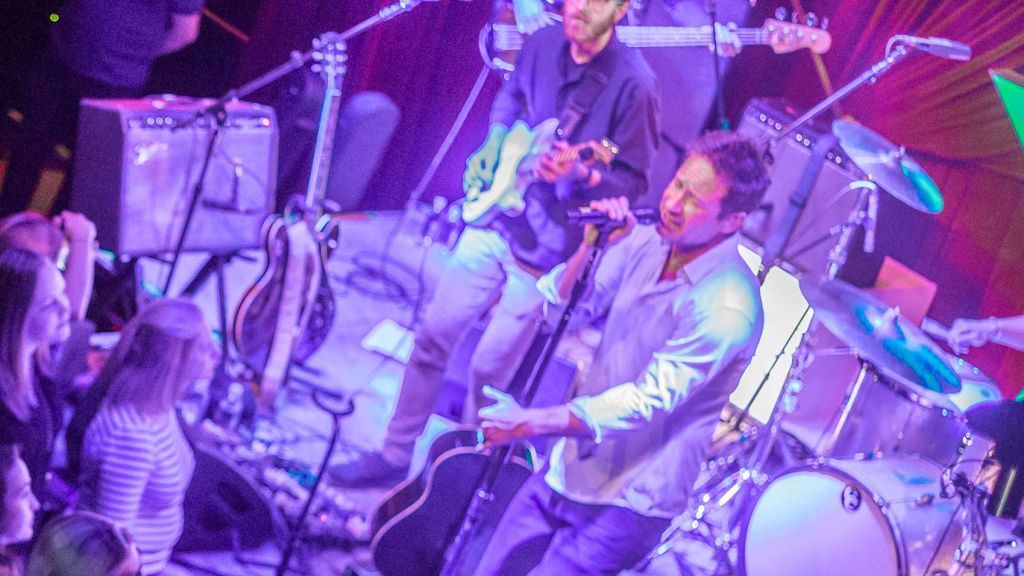 “My notoriety as an actor is my leg-up,” David Duchovny tells MusicRadar ahead of his far-reaching European tour. “I get to fill places that I wouldn’t be able to fill just because of my music.”

Duchovny’s feet are firmly planted on the ground when it comes to discussing the European run of dates which kicks off this week in Moscow and winds up on 22 February in London.

“I can take my music there and I am perfectly happy and a realist about how I can fill these places. I don’t care why people came to see me, it’s just great that they did even if it’s because they know me from this or that but now they can listen to the music.”

The thing is, while fans of Duchovny’s TV and movie work may part with their cash out of curiosity, the X-Files star has tunes to back up the chutzpah of a well-known face launching a music career in his 50s.

If Duchovny’s 2015 debut Hell or Highwater was the sound of a relatively inexperienced musician finding his feet, 2018’s Every Third Thought is a marked step up, filled with assured songwriting and his ever-increasing confidence as a musician and singer. Even better, it’s all rooted in the 58-year-old’s most treasured influences.

“I’m a British invasion guy,” he says. “When I was growing up it was all the Beatles, Stones, Who, Kinks, Elton John and then as I got a little older it was Allman Brothers, Sly and the Family Stone, Al Green, Stevie Wonder.”

As Duchovny (who is also an acclaimed author with three novels under his belt since 2015) prepared to head out to Moscow for that first show, we caught up with him to talk his unlikely solo career, the joy of his precious Martin and how he’s bravely battling against gear acquisition syndrome.