Louder Sound gets the scoop on which 10 songs had the biggest impact on David Duchovny’s life. 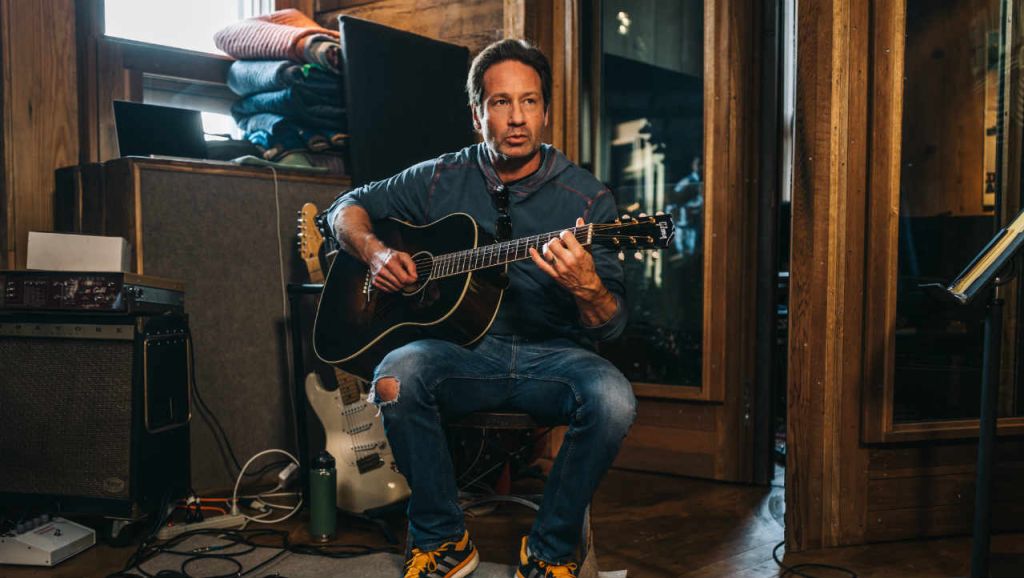 David Duchovny is not your normal rock star. For a start, he’s bona fide Hollywood A-lister, with The X-Files and Californification under his belt and Golden Globes for both on the mantelpiece.

He’s also a novelist. In 2005 he published Holy Cow: A Modern-Day Dairy Tale, a madcap adventure about a dairy cow named Elsie Bovary who decides to move to India because she’s heard that cattle are revered there. He followed this with Bucky F*cking Dent, a tragi-comedy about a man with a battery-powered fish.

And he’s a musician. While the usual route from successful actor to serious musician is to toss money in the direction of a favourite genre – see Jeff Goldblum (jazz) and Hugh Laurie (blues) – Duchovny’s approach feels less folly and more heartfelt.

For a start, he writes his own material. It’s alt-rock in a Wilco vein, grown-up, adventurous songs of melancholy and introspection, sung in a voice that – while unpolished in places, as if he hasn’t quite yet figured out the shape of his own sound – fits the music perfectly naturally.

With two albums under his belt – 2015’s Hell or Highwater was followed by last year’s Every Third Thought – he’s taking the show on the road, backed by New York band Weather. He’ll play Manchester on February 19 and Dublin on the 20th, before wrapping up the UK leg of the tour with a show at London’s Shepherd’s Bush Empire on the 22nd.