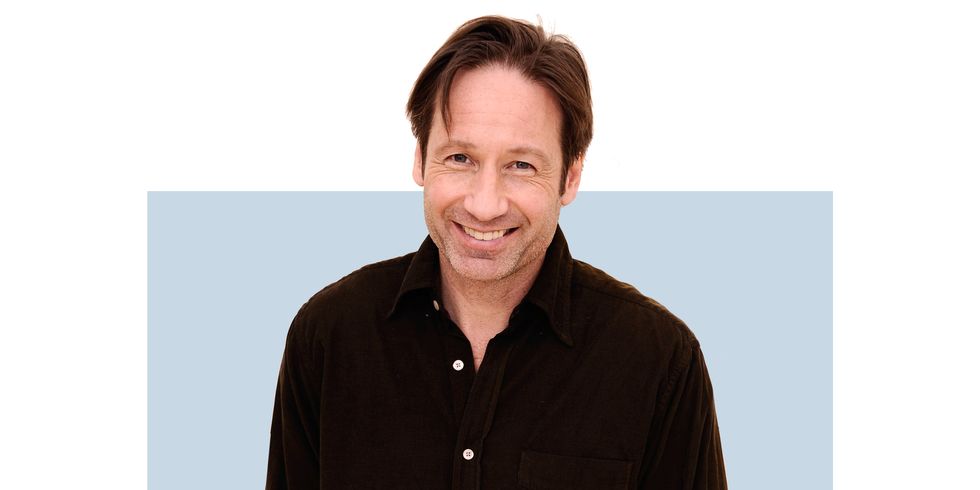 David Duchovny, troubadour? Yes, the former G-man is releasing an album. Of music. He’s just as surprised as you are. After hanging up Hank Moody’s black T-shirt on Californication, the actor picked up a guitar for his self-penned debut Hell or Highwater, out today, and the rock album features his brooding musings on pride, loss, and lots of remorse. (Sample lyric: “I see the sky in the ocean/The rise and the fall/What my mind regrets my heart accepts/Passing witness to the crazy costume ball.”) Yet he might also be the most self-deprecating musician alive, admitting that he’s never done karaoke because, well, no one ever wanted to hear him sing. Duchovny’s in the middle of a frenetic season: He’s riding the success of his new allegorical book Holy Cow (with another novel on the way next year), chasing Charles Manson as a cop in the new ’60s-set NBC drama Aquarius, premiering May 28, and reuniting with Gillian Anderson to bring a little under-the-radar show called The X-Files back to life for a six-episode miniseries in January 2016. But first, the man whose Twitter bio reads “dilettante” wants us to believe that despite his many prolific projects, he’s just as lazy as the next guy.

We recently talked to Duchovny about conquering pre-show jitters, escaping ghosts by moving to the Bronx, starting an X-Files band with Anderson and creator Chris Carter (who’s using Duchovny’s music in the new series), and getting paid for putting on a dress.