Broadway World reports on the release of David Duchovny’s new lyric video for ‘Stranger in the Sacred Heart.’ 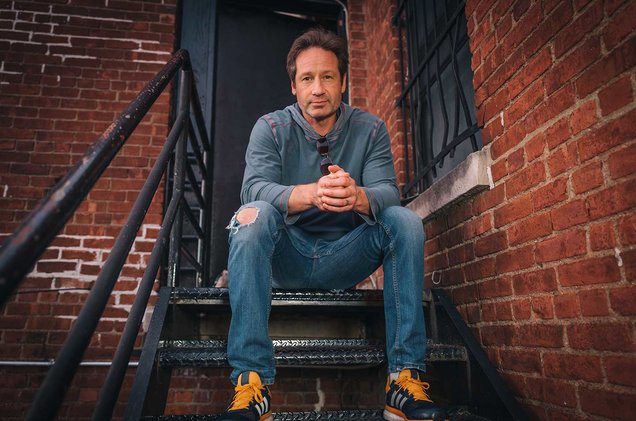 David Duchovny has released a new lyric video for ‘Stranger In The Sacred Heart’, the second single from his latest album Every Third Thought. The set was released on all digital platforms in February of last year (Westbound Kyd LLC/GMG) and is now also available on double gatefold vinyl and CD, available via the David Duchovny web store. Every Third Thought was recorded at Atomic Sound Brooklyn and is the follow up to Duchovny’s music debut released in 2015: Hell or Highwater.
Duchovny and band will be hitting the road next month in Europe. The trek kicks off off Feb. 7th in Moscow and ends up in London on February 22nd. This will be the second time Duchovny and his band toured across the Atlantic.
David Duchovny is best known as an award winning actor, director and novelist starring in the smash TV series The X-Files (winning a Golden Globe for the role.) His first novel Holy Cow was released by Farrar Straus and Giroux in February 2015 and hit the New York Times Best Sellers’ list. This was followed up by his second novel, Bucky F*cking Dent, released globally in 2016 which also hit the New York Times Best Sellers’ list. He released his third Nationally bestselling novel Miss Subways in the late spring of 2018.