Billboard interviews David Duchovny about his newest hobby that led to the release of his debut album. 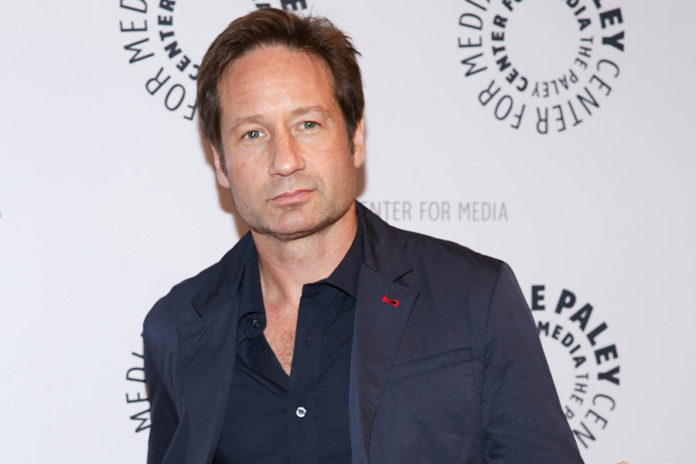 It’s unclear what’s more surprising: David Duchovny coming out with a folksy album of Jeff Tweedy-indebted guitar jams, Hell or Highwater, or that the decorated X Files and Californication actor got his start playing the recorder — “a big rock and roll instrument if you’re into Jethro Tull,” he tells Billboard. But Duchovny has been harboring musical aspirations since he first picked up a guitar four years ago. “I wanted to become decent enough to play songs to amuse myself,” he says.

Eventually, he realized the three-chord rock-and-roll structures of classics like Elton John‘s “Tiny Dancer” and Robbie Robertson‘s “Broken Arrow” weren’t that hard to write. “I thought, ‘I can throw some chords together,'” he says. “A lot of songwriters say words are the hardest part, but it was the opposite for me.”

Hell or Highwater arrives May 12, about a month before the much-hyped new season of The X Files goes into production this summer, followed by shooting for the new season of his L.A. crime drama Aquarius. If there’s time in his schedule, the 54-year-old aims to tour behind the record. “If someone asks me if I’d like to have 10 Christmases,” he explains, “I’ll say, ‘Yeah, I do.'”

Does your poetry background help with writing lyrics?

Writing lyrics are very different from poems because they have to allow for music to carry some of the weight, whereas with a poem, the words do all the work. That’s why when you see lyrics on a page you’re like, “These words suck,” and then you hear the song and they work. A Beatles lyric like “I love her” couldn’t be more saccharine but then you hear it in the midst of the song and it moves me.

A lot of times an idea or a phrase would come to mind, like “hell or high water.” “Stars,” a fun one on the album, started with this idea that I think a lot of people are aware of: starlight that you see from certain stars is so far away that the light takes so long to get here, and by the time it does, the stars have actually died, but you’re still seeing the light because it takes so long to get here. That’s a good metaphor for love.

Are your songs autobiographical at all?

Did you grow up in a musical family?

I didn’t play an instrument. None of my siblings played an instrument. Well, my brother played the flute. My dad loved music. He listened to a lot of big bands and jazz stuff that I hated. We had a generational misunderstanding of one another’s music. My brother was a little older and in the middle of rock and roll—he was into the [Grateful] Dead, which I never was. I grew up listening to the Beatles, the [Rolling] Stones, the Who, Yes, and ’70s prog rock. I was also big into funk. As I become a better musician I hope to be able to play more funk.

All the songs were written in my apartment, but the production has opened my up to working with other musicians. It was much more piecemeal than I imagined. It’s very much like acting. You don’t have to be perfect all the way through – you get plenty of takes. It was a complete learning experience by total immersion. I’m a rudimentary guitar player; I play well enough to throw some chords together. I’m not even a good enough player to record my own songs. Once I took it out of my room, it started evolving with guys who really knew how to play. Now I also have to learn how to perform the songs. The album was recorded in Boston [Somervile’s Q Division Studios] where label is, and where the guys that make up my band are. They’re all Berklee [School of Music] grads. We did it in a week and a half, which is certainly not a luxurious recording schedule, I’m told. It was tough at first but then as we got toward the end of the week I started to feel more comfortable, and now I look forward to doing it again.

How did you discover your singing voice?

I’m also a beginner in terms of my voice. I’ve never sung; it wasn’t even a hobby or anything, and all of a sudden I’m standing in front of a mic going, “This is for real.” I was lucky enough to be steered towards Don Lawrence, who teaches voice in New York. The first 20-minute session completely changed the way I think about making a sound out of my mouth. One of the things I learned with Don is that all the sounds are made in the back of your throat, that the shape of your throat is an entity to amplify sound. It doesn’t come from your mouth, where your tongue is up there with your teeth. I was like, “Oh fuck, that was revolutionary to me.”

I’m not a guy who came out of the womb with perfect pitch. I’m never gonna win American Idol and I never will, but I do have something to say and Don helped me maximize that. I do have enough of a sense of pitch that I know I’m not singing it correctly so I’m in that hell where I know I’m tone-deaf. But I listened to the album and I like the singing on it. I’m tickled by it.